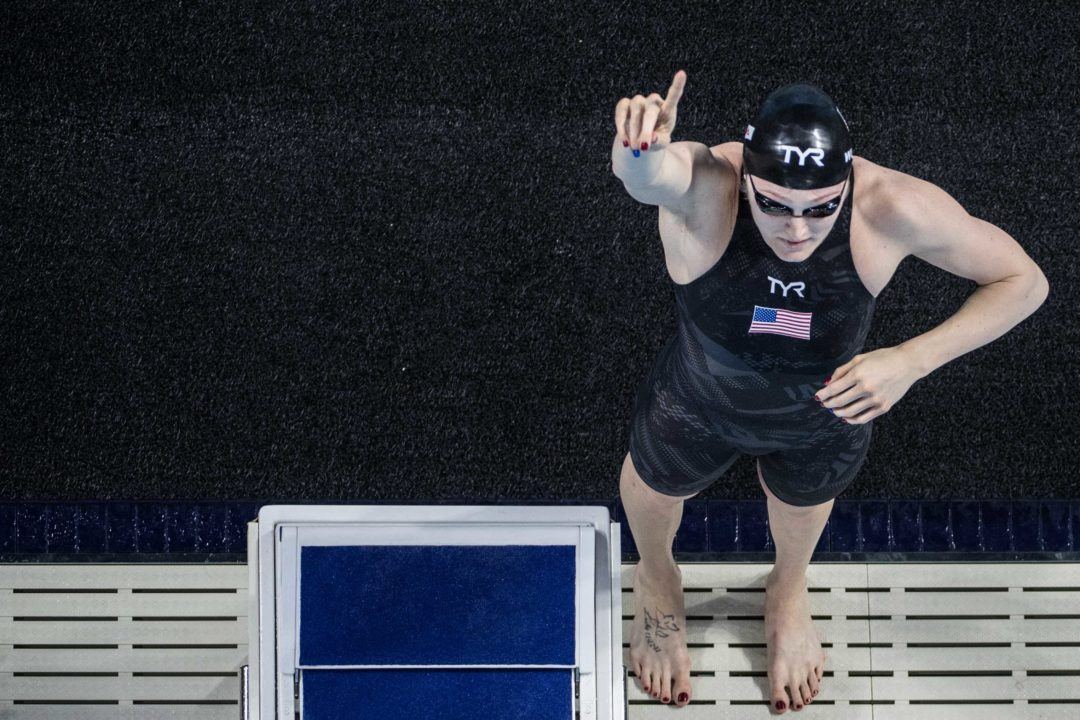 American Kelsi Worrell has now set all three American butterfly records this week here in Windsor, lowering her own 100 fly record in 55.22 tonight. She lowers her previous record of 55.42 set at the Duel In the Pool last year.

Worrell won silver behind Hungary’s Katinka Hosszu, who won her 9th medal and 7th gold of the competition in a time of 55.12. Along with the three American Records, Worrell now has three individual silver medals in all three races. Hosszu won gold ahead of her in the 200 fly, and Denmark’s Jeanette Ottesen topped her in the 50 fly.

Worrell lowered a four-year-old American Record in the 200 fly in a time of 2:02.89, and became the first American woman under 25 seconds in the 50 fly.

Along with the butterfly medals, Worrell has three relay golds in the 4×100 free, 4×50 medley and mixed 4×50 medley. She’ll have another shot tonight in the women’s 4×100 medley relay.

Where is Kelsi? She missed the medal ceremony. Hosszu made a funny “hit her head” gesture.

She apparently got into a collision in the warm down pool, she had to get stitches from what I heard