Katinka Hosszu Sits Out of 200 Breast, Her 12th Event Of The Meet 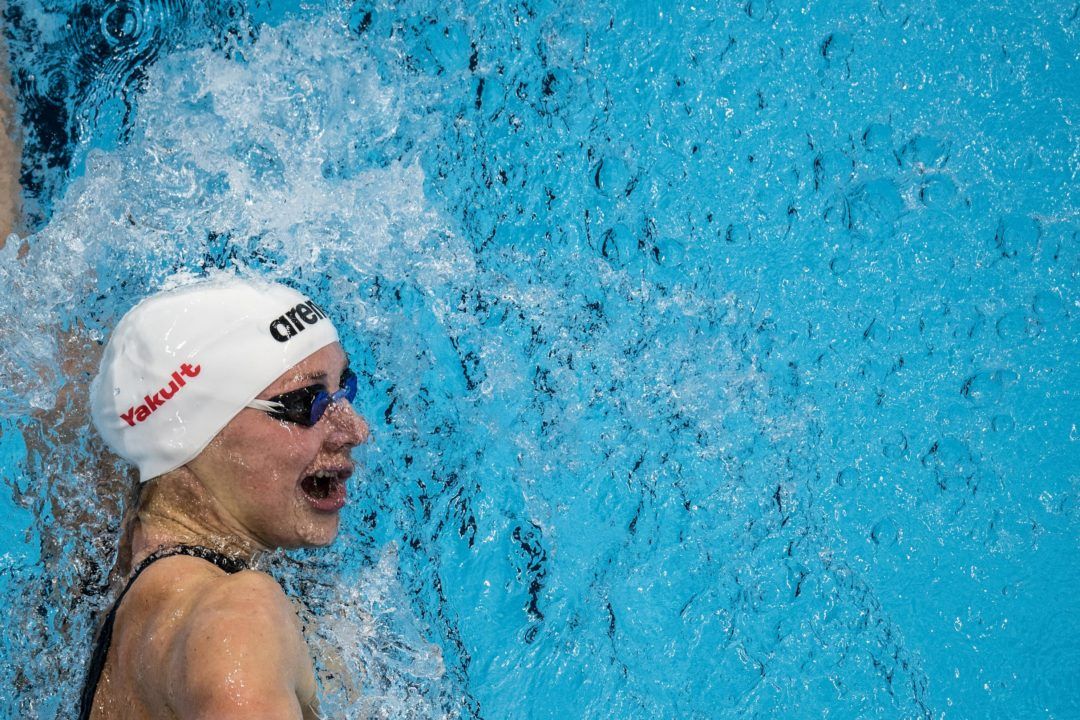 Katinka Hosszu sat out of her 12th and final event in Windsor, that being the 200 breaststroke. Current photo via Mike Lewis/Ola Vista Photography

For the first time over the six days here at the SC World Championships in Windsor, Hungary’s Katinka Hosszu was a no-show for her heat in the women’s 200 breast this morning. This was the only individual event for women this morning, which is probably the main reason why she entered it. Across the World Cup circuit, Hosszu commonly swims every stroke other than breaststroke.

The Iron Lady undertook an absolutely massive schedule here in Windsor, entering a total of 12 individual events. She has now officially competed in 11/12, winning six gold and two silver medals with the 100 fly final still to come tonight. Hosszu qualified for the final in all eleven events she undertook, only missing the medals in the 400 free (4th) and 800 free (8th), both of which took place in the middle of jam-packed finals sessions.

With it being the first time Hosszu only has one swim at finals tonight, she’ll have a very good shot at earning her seventh gold of the meet in the 100 fly. She qualified 2nd overall for the final in 55.82, sitting behind American Kelsi Worrell who leads the pack at 55.80. Worrell took silver behind Hosszu in the 200 fly early on in the competition. 50 fly winner Jeanette Ottesen is not in the field, so it looks like it will come down to Hosszu and Worrell for gold. Hosszu’s best time stands at 55.71, and Worrell’s at 55.42.

During last seven years Hosszu has twelve (12) SC world titles at short course and only five (5) LC ones. What’s wrong with her? 🙂
If Doha championships with her four gold medals was mentioned to underline the progress at this championships (at least 6 gold and 2 silver medals) then it will be nice to mention if the progress of her performance was observed. Don’t be surprised if some decline took place. This oblivious success in terms of medals count says more about weakness of the field than about Hosszu’s superiority.

“says more about weakness of the field than about Hosszu’s superiority.”
Well OK but…she is still not so bad isn’t she 🙂