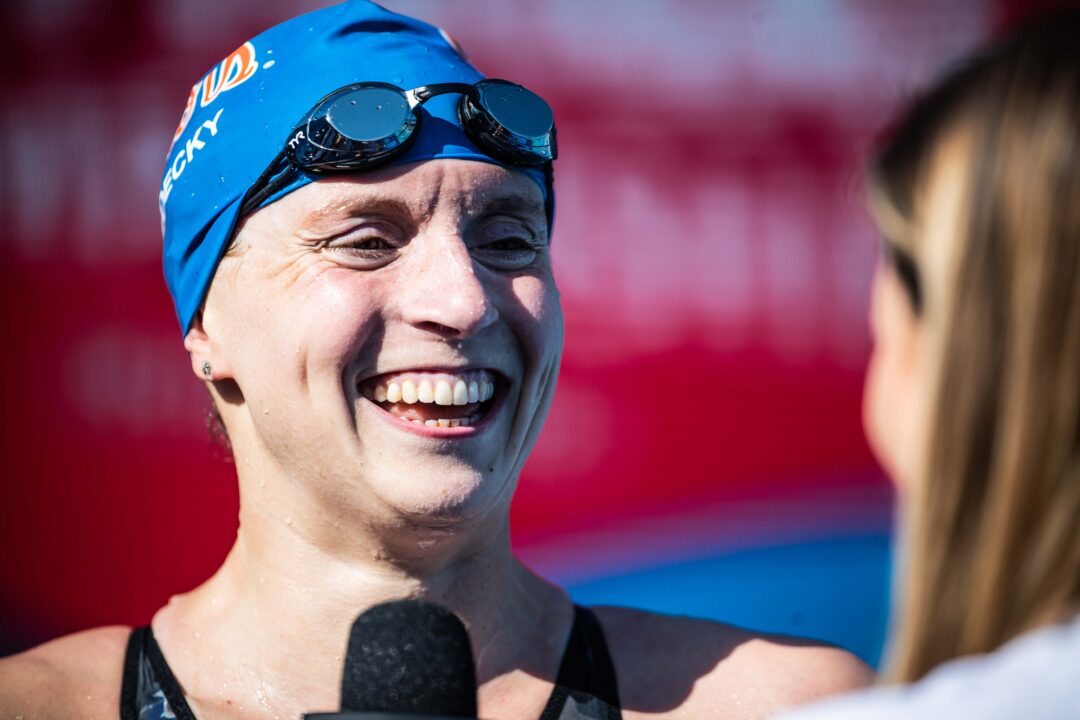 Ledecky was recognized for her work in the promotion of STEM education for youth, and for past work with various charitable organizations. Archive photo via Jack Spitser/Spitser Photography

October 6, 2022 — Katie Ledecky received the Community Hero of 2022 award, presented to her via video by Steph Curry (last year’s award recipient) at the Athletes For Hope – Play For Good ceremony last week at The St. James sports complex in Springfield, Virginia. Athletes For Hope is an organization founded in 2006 by a group of athletes who all share a common bond: a deep commitment to helping others. Among the group’s Founders were Muhammad Ali, Warrick Dunn, Mia Hamm, Jackie Joyner-Kersee, Jeff Gordon, Andre Agassi, and Alonzo Mourning.

Ledecky, who recently won all four of her events at the 2022 World Championships in Budapest and her fifth-straight 800m Freestyle World title, was recognized for her work in the promotion of STEM education for youth, and for past work with various charitable organizations including Bikes For the World, Wounded Warriors, Shepherd’s Table, Jesuit Refugee Service and Horizons Greater Washington.

At the Tokyo Olympics, Ledecky served as a support advocate for the Refugee Olympic swim team, and has previously served as a U.S. Department of State goodwill ambassador in Tokyo and Seoul – meeting and working with children in those cities following the 2018 Pan Pacific Championships and 2019 World Championships, respectively. Ledecky and her sponsor TYR Sport recently contributed free swim suits and gear to more than 800 children around the country to support Horizons’ swim programs, with Ledecky making a surprise end-of-season appearance at the group’s Washington, D.C. area site.

In addition to commencing her training at University of Florida for the upcoming 2022-23 season, Ledecky also recently delivered in-person motivational remarks to an audience of four thousand U.S. Navy and Marine servicemen, veterans, and shipbuilders in Newport News, VA in conjunction with the keel laying of the new multi-billion dollar USS Enterprise (CVN-80) naval carrier. Ledecky and gymnast Simone Biles are the first Olympians to be named as honorary sponsors of a U.S. Navy ship, with the christening of the USS Enterprise expected to occur in 2026. Ledecky also participated in the Mac Crutchfield Foundation event in Orlando, FL along with swimmers Sherridon Dressel, Ryan Lochte, Elizabeth Beisel, Natalie Hinds, and Katie Grimes, raising more than $75,000 to support the Foundation’s work to prevent childhood drownings and to provide swim lessons to residents of communities in need.