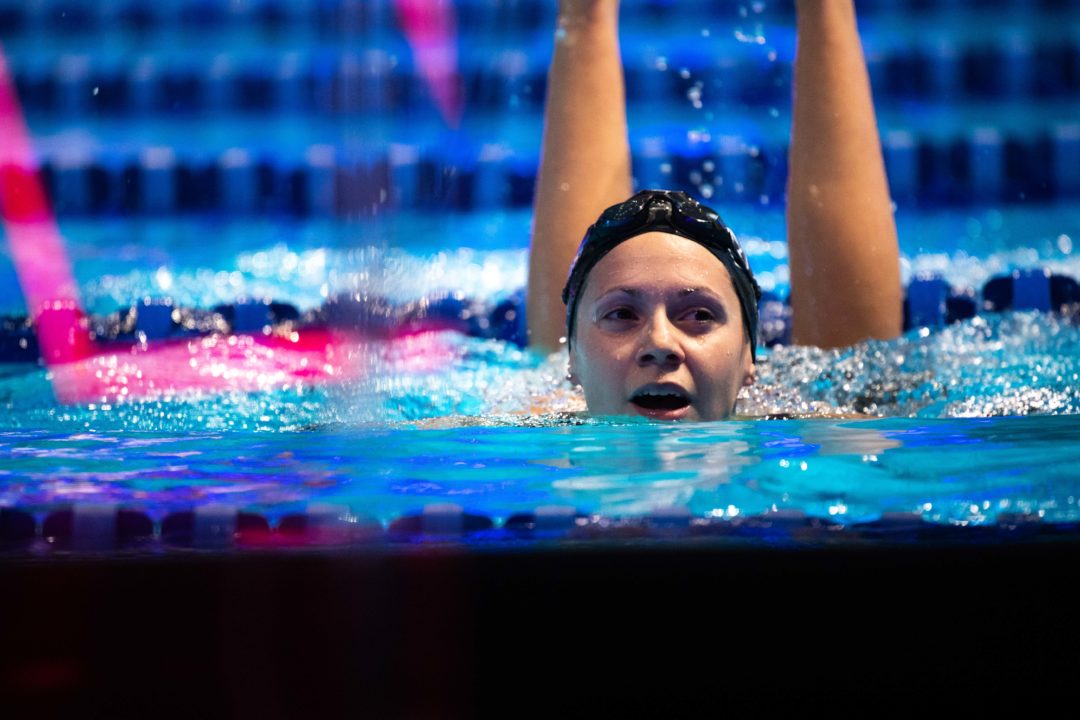 We reported on the 100m free national record set by Nandor Nemeth on day 3 heats here at these Hungarian Championships, but another appearance was also worth noting.

World champion Boglarka Kapas made some noise on night 1 in the prelims of the 200m fly, then dropped out of the final due to illness. She proceeded to also opt-out of the women’s 400m free and later revealed she had been diagnosed as having Hashimoto’s disease, an auto-immune illness that is rooted in the thyroid gland.

Kapas vowed to stay in Kaposvár and do her best to try to compete at least once more this week, which the 27-year-old managed to do tonight. And, the versatile NY Breaker ISL swimmer took on a grueling event to boot, racing in the prelims of the women’s 400m IM.

Kapas not only finished the race, but she also claimed the top seed, clocking a time of 4:41.41. That landed lane 4 ahead of domestic rival Zsuzsanna Jakabos who touched in 4:43.70. Also flanking Kapas for tomorrow morning’s final is Viktori Mihalyvari-Farkas, the 17-year-old who notched the 3rd fastest swim of the night in 4:44.19.

For reference, Kapas’ personal best in this 4IM rests at the 4:38.27 she put up over 2 years ago, with tonight’s outing representing the 6th fastest time of her career.