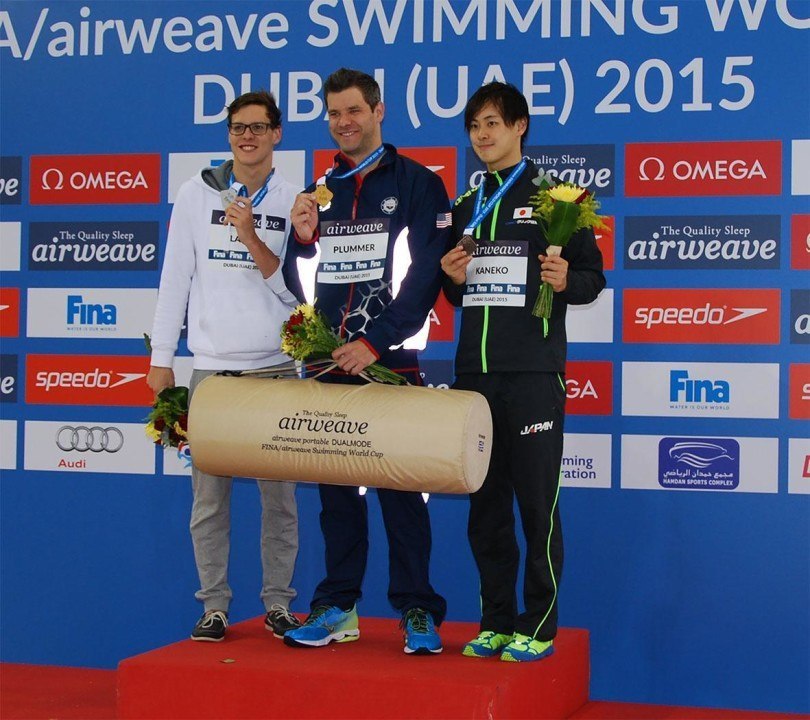 Masaki Kaneko has broken the Japanese short course national record in the men’s 200m backstroke this past weekend, per the Tobiuo Japan Journal.

Competing at the Tokyo New Year Six Collegiate competition on January 17th, Kaneko blasted a new mark of 1:48.25 to overtake the old record of 1:48.77 held by Japanese backstroking legend Ryosuke Irie. Irie set his record back in December 2014 en route to earning 4th place at the 2014 FINA Short Course Championships.

Kaneko has seen success in Tokyo before, having made a name for himself back in 2013 when he earned 200m backstroke gold while competing at the FINA World Cup. In the finals race of that meet, Kaneko beat out a then-somewhat-obscure Mitch Larkin (Australia), clocking a time of 1:49.76.

Kaneko holds FINA Olympic A-qualifying times in both backstroke distances, as well as a B-cut in the men’s 200m IM. Look for Kaneko to compete at his nation’s National Championships, which double as Japan’s Olympic Trials, slated for April 4th – April 10th.