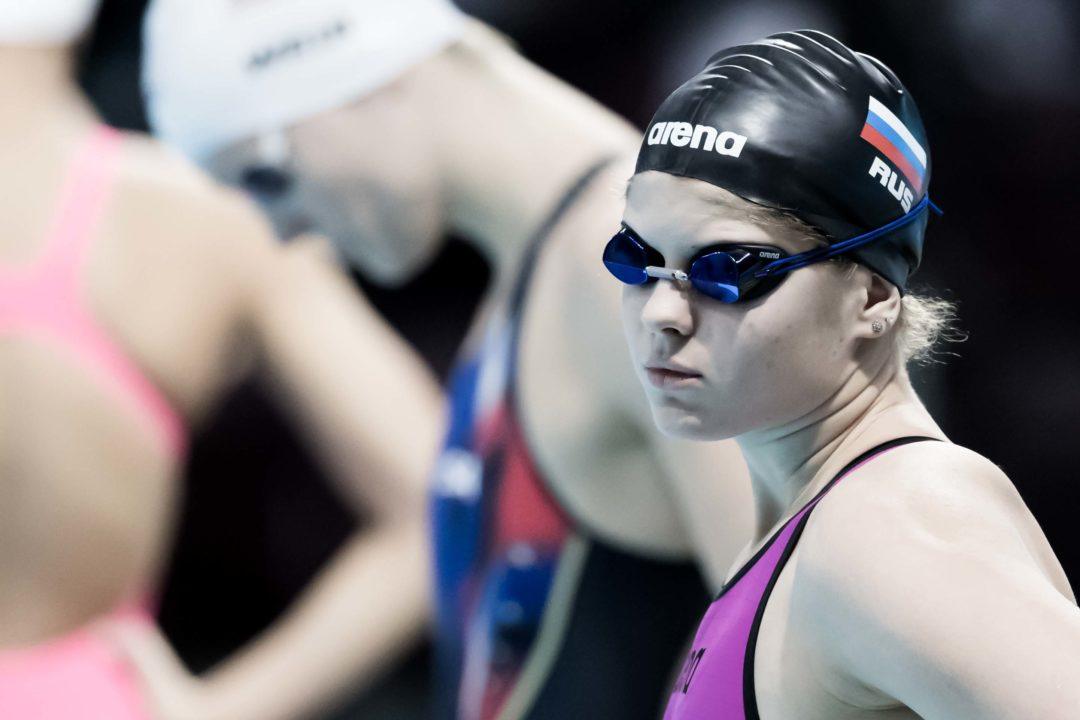 Tuesday marked the first of three days of the Russian zonal qualifying meets, with seven of them taking place across the different regions. The qualifying teams will compete at ‘The Final’, scheduled for June 27-29. Below find a recap of day 1 from the Federal District in Obninsk, the same location where the finals will take place.

Maria Kameneva of St. Petersburg – Orenburg had the top swim of the day in the women’s 100 freestyle, as she clocked a time of 54.14 to fall just over half a second off her national record. Her swim also put her 13th in the world for the 2018-19 season.

Daria Ustinova of St. Petersburg finished in the runner-up spot in a time of 55.11.

In the men’s event, Vladislav Grinev of Moscow used a strong 25.49 back half to pull away from Mikhail Vekovishchev (49.48) and win in a time of 49.14, ranking him 20th in the world for the season.