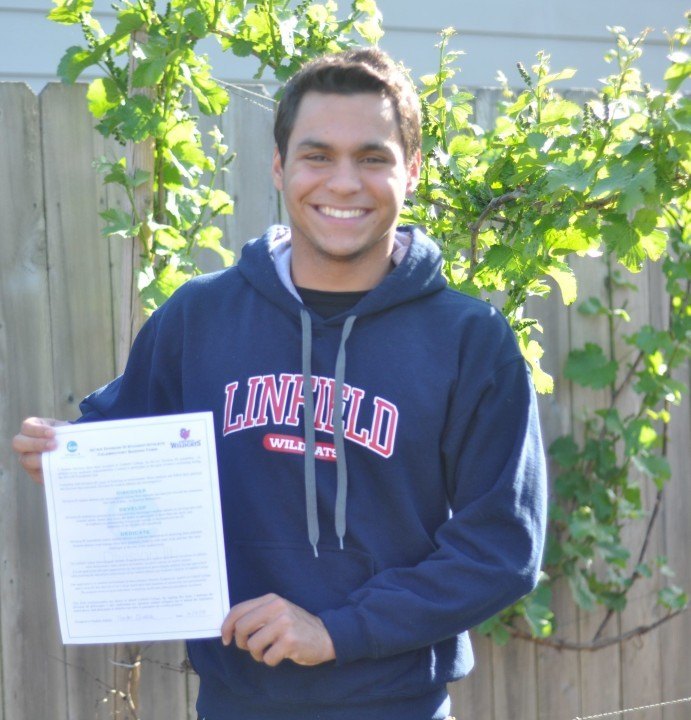 Brazil native Neirton Oliveira has committed to swim for Linfield College starting in the fall of 2015.

Neirton Oliveira has committed to swim for Linfield College starting in the fall of 2015. Oliveira is a native of Brazil and participated in the 2013 Summer Junior Nationals and the 2014 Winter Junior Nationals swimming for the McMinnville Swim Club. Primarily a sprint free and fly specialist, Oliveira improved significantly in the breast and back this season.

Linfield is a Division III program that competes in the Northwest Conference. A year ago, with barely 10 men on the roster, the Wildcats finished eighth out of eight teams at NWC Championships. This year they will be fighting for top-3. The women are moving their way up, as well.

The Wildcats’ program is in its second year under the new coaching staff led by head coach Kyle Kimball. With a 2015 recruiting class of nearly 20 swimmers, Linfield is positioned to become one of the top destinations for high-level swimmers in the Northwest. Coach Kimball is thrilled with the upcoming class of 2019: “Our goal is to become the top destination on the west coast for student-athletes interested in swimming at a Division III institution. The incoming class will definitely help boost our program to a higher level. I am super excited for the upcoming season!”

Welcome to Linfield. Keep up the good work Kyle. We are looking forward to watching Linfield swimming dominate the conference once again.