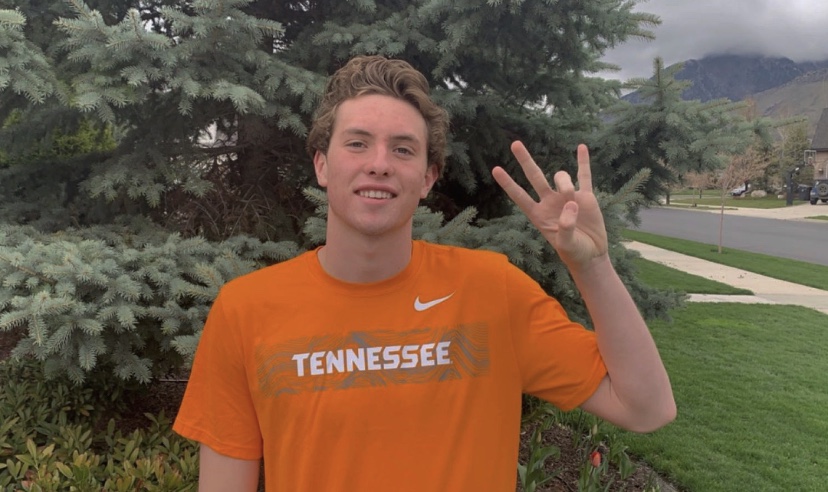 Finals kicked off with a new UHSAA 6A state record, when Corner Canyon won the girls 200 medley relay with a time of 1:50.32. Senior Aliza Smith led the squad off with a 27.14 backstroke split, with junior Britta Catmull splitting 32.86 on breaststroke, senior Rivers Johnson splitting 25.06 on butterfly, and senior Eliza Balfe anchored in 25.26.

American Fork High School junior Allie Hill was also a double event winner, taking the girls 200 IM and 500 free. Hill first swam a 2:11.02 to win the 200 IM, touching first by well over 4 seconds. Hill charged home in 28.76 on the free leg, which was the fastest split in the field by nearly 4 seconds. She went on to break her own 6A state record in the 500 free, swimming a 5:09.33. Her previous record stood at 5:16.81, and was from earlier this season. Runner-up Katelyn Andrist, a Skyline sophomore, also came in under the record, touching in 5:10.76. Andrist swam a 5:09.99 in prelims, setting up what should be an excellent race again next year. Andrist was the girls 200 free champion, clocking a 1:58.97.

Hill also anchored the American Fork 400 free relay to victory with a field-leading 53.43 split. Senior Annalyn Dean led off in 54.90, and was followed by freshman Paige Kelsey (57.36), junior Talia Thomas (54.60), and Hill, for a final time of 3:40.29. American Fork also broke the 6A record with that time, shattering the previous mark of 3:42.62. With only one leg to be replaced next year, American Fork looks like a favorite heading into next season. American Fork also won the 200 free relay in state record fashion. Junior Livvie Adamson led off in 26.05, and was followed by Kelsey, Dean, and Thomas, although the splits malfunctioned. The girls finished in 1:42.55, undercutting the previous record of 1:42.71.

In the boys meet, Tennessee commit Jordan Tiffany was electric, breaking two overall UHSAA records. Representing Lone Peak High School, Tiffany first tore to victory in the boys 100 fly, swimming a 47.71. He touched the wall first by 4 seconds, breaking both the 6A and UHSAA overall records with the swim. He had held the previous record with a 47.74 from last year’s meet. Tiffany went on to win the boys 100 back with a 48.25, again swimming to victory by 4 seconds and breaking the overall UHSAA record. That swim shattered the previous record, which was already held by Tiffany at 49.39 from just last month. Tiffany also provided a very quick 21.40 fly split on the Lone Peak 200 medley relay, which went on to win the event. The relay squad was made up of 4 seniors, with Rex Brunsdale leading off in 26.11, Josh Griener splitting 26.50 on breast, Tiffany’s 21.40 on fly, and Kevin Dew’s 21.46 on the anchor, finishing with a final time of 1:35.47. That relay posted the fastest time in the field in their respective strokes on the breast, fly, and free legs. Tiffany also helped Lone Peak to victory in the 400 free relay, leading off with a field-leading 45.58. It was the same squad as the medley, with Brunsdale going next (49.40), then Griener (48.89), and Dew (47.94) anchoring for a 3:11.81, touching first by over 6 seconds.

Westlake High School won the boys 200 free relay with a 1:28.44, finishing as the only team under 1:29. Senior Matthew Shawgo led his team off with a 23.21, with Nick Anderson diving in next for a 22.59, followed by junior Ethan Brown in 22.31, and sophomore Cameron Barney anchored in a speedy 20.33. Barney’s split was the fastest in the field by over a second, which isn’t particularly surprising, since Barney also won the boys 50 freestyle by over a second. Barney roared to a 20.89 finish in prelims of the 50, breaking the UHSAA 6A record with his swim. He swam a 20.97 in finals, which was also under the previous record of 21.03.

That’s what I do…