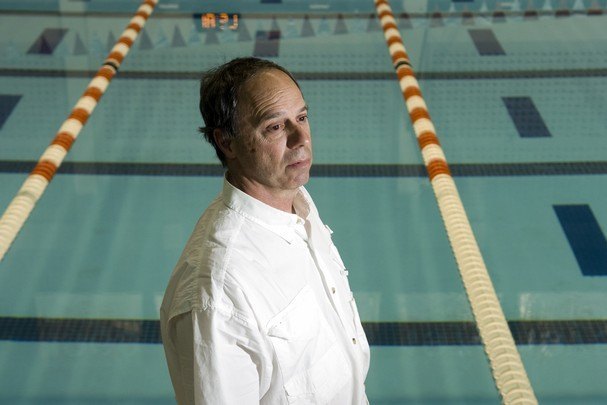 The Knoxville Police Department has released it’s official report of their investigation into former Tennessee men’s swimming coach John Trembley today, and the University of Tennessee released similar documents from their own investigation after an open records request was filed.

Shortly after his dismissal from his position as head coach was announced, it was revealed that the Knoxville Police Department was investigating Trembley, though no indication as to the nature of their investigation was given at the time.

After a release of documents by the university today, we got a bit more clarification on the specific nature of why Trembley was dismissed. A statement from the University said that certain inappropriate emails were discovered during an internal investigation into possible financial misdeeds by Trembley. “During an examination of (financial) issues the university discovered that Coach Trembley had engaged in a number of intolerable acts using his university email account.”

The documents released show that Trembley had used his Tennessee email account both to send pornographic images and to send emails about drugs, which led to his dismissal. The financial investigation was then turned over to the Knoxville Police Department.

A separate media statement made by the Knoxville Police Department stated that “On January 5, 2012, the Knoxville Police Department was notified of possible financial improprieties by University of Tennessee Swim Coach, John Trembley. KPD Investigator Richard Giammarino along with additional KPD and UTPD investigators initiated an investigation into the allegations. Based on the facts of the four-month long investigation, the allegations have been ruled unfounded. The investigation is now closed.”

This statement clarifies that KPD’s investigation was limited to financial dealings, all of which were closed.

Trembley, who was the head coach at Tennessee for 23 years, was dismissed in early January for what Athletics Director Dave Hart termed “gross misconduct.”  Trembley’s contract defines gross misconduct as  “theft or dishonesty; gross insubordination; willful destruction of University property; falsification of records; acts of moral turpitude; reporting for duty under the influence of intoxicants; illegal use, manufacture, possession, distribution, or dispensing of controlled substances or alcohol; disorderly conduct; provoking a fight.”

During Trembley’s time as the coach of Tennessee, first as a swimmer, then as an assistant coach, then as a head coach, 19 Olympians came and went in the men’s program. They also won a pair of SEC Championships with him as the head coach (1989 and 1996). In his final full season, the Volunteer men finished 12th at the NCAA Championships.

If I was Coach Trembley, I think I would have croaked from embarrassment. Hard to believe.

I hope Tennessee bounces back from all this…..appears Trembley just completely fell apart…..wonder how long his assistant had been holding that program together. When the assistant died the wheels fell off the bus completely.

PS – the photo you picked is simply perfect.

“Tennessee email account both to send pornographic images and to send emails about drugs, which led to his dismissal.”