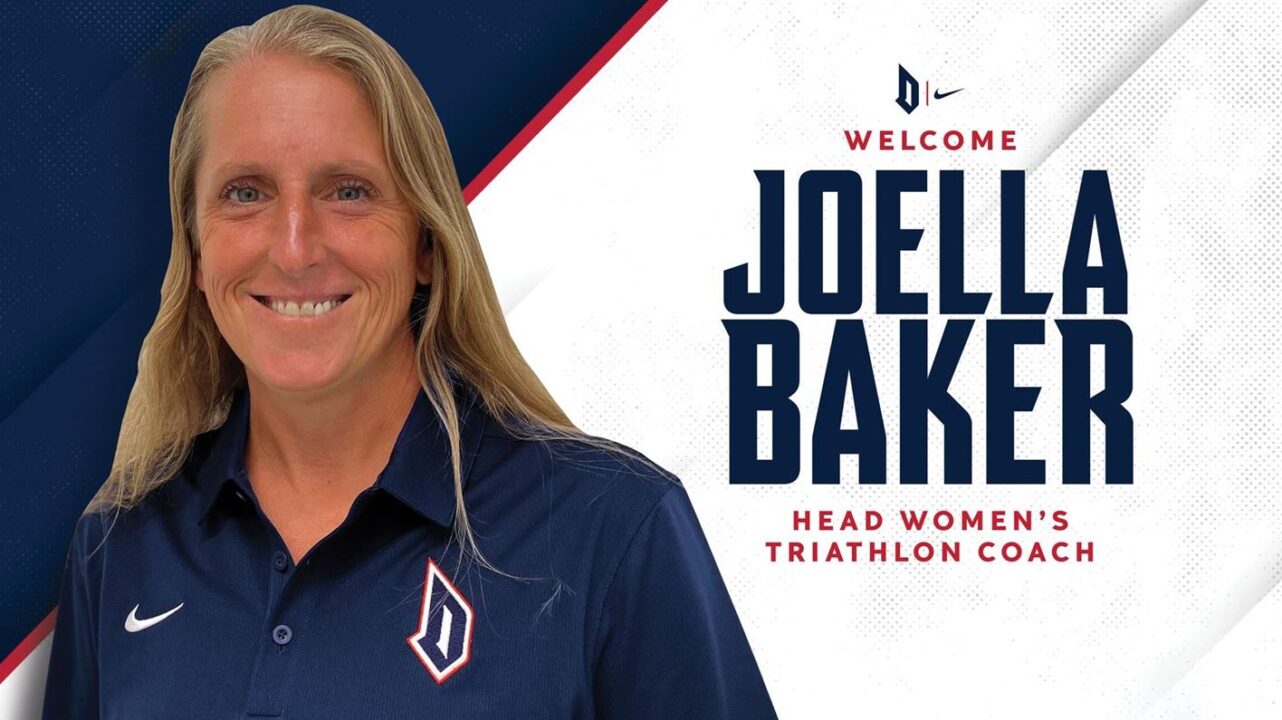 Baker competed in cross country, track and swimming as an undergrad at DU, and has completed 27 marathons, six ultra-marathons and one Ironman triathlon. Current photo via Duquesne Athletics

The founder and president of Get Fit Families LLC, an organization centered on developing comprehensive individual and family fitness, Baker comes to the Bluff as one of the foremost advocates for the sport of triathlon in western Pennsylvania.

“Joella has the combination of strong coaching skills and recruiting capabilities that will advance the establishment of our new triathlon program,” said DU vice president of athletics Dave Harper. “The local and national network she has developed within the sport will help us as we embark upon the process of building a competitive program. Her vision for the student-athlete experience is exemplary. We are truly excited to add a coach of her caliber to our department.”

A life-long athlete, Baker – who competed in cross country, track and swimming as an undergrad at DU – has completed 27 marathons – including Boston twice – six ultra-marathons, one IRONMAN 140.6 and 15 70.3 races. She has represented USA Triathlon’s age-group Team USA at seven ITU Long Distance Triathlon World Championships.

Following her competitive career, Baker founded Get Fit Families in 2009. The program, which offers fitness and coaching for youths, adults and families, also provides scholarships for low-income youth to participate in training camps and local races. In addition to serving low-income youth, Get Fit Families also offers a youth elite and junior elite triathlon team, a youth cross country and track program, an adult running club and an open water swim series.

“Triathlon is not only a growing sport, it is a way of life for its participants,” said Baker. “I look forward to working with strong and talented student-athletes who love to swim, bike, and run. This is a great opportunity to share my love of the sport of triathlon with the next generation. I am very excited to be back at Duquesne and ready to build this program.”

She received the Jeff Jewell Spirit Award from USA Triathlon in the spring of 2020. The award is given annually to an athlete who gives back to the sport outside of competitions and is considered a role model to other athletes, particularly youth.

Duquesne announced the addition of women’s triathlon, women’s golf and women’s acrobatics and tumbling as varsity sports on April 19. The triathlon program will begin competition in fall 2023.