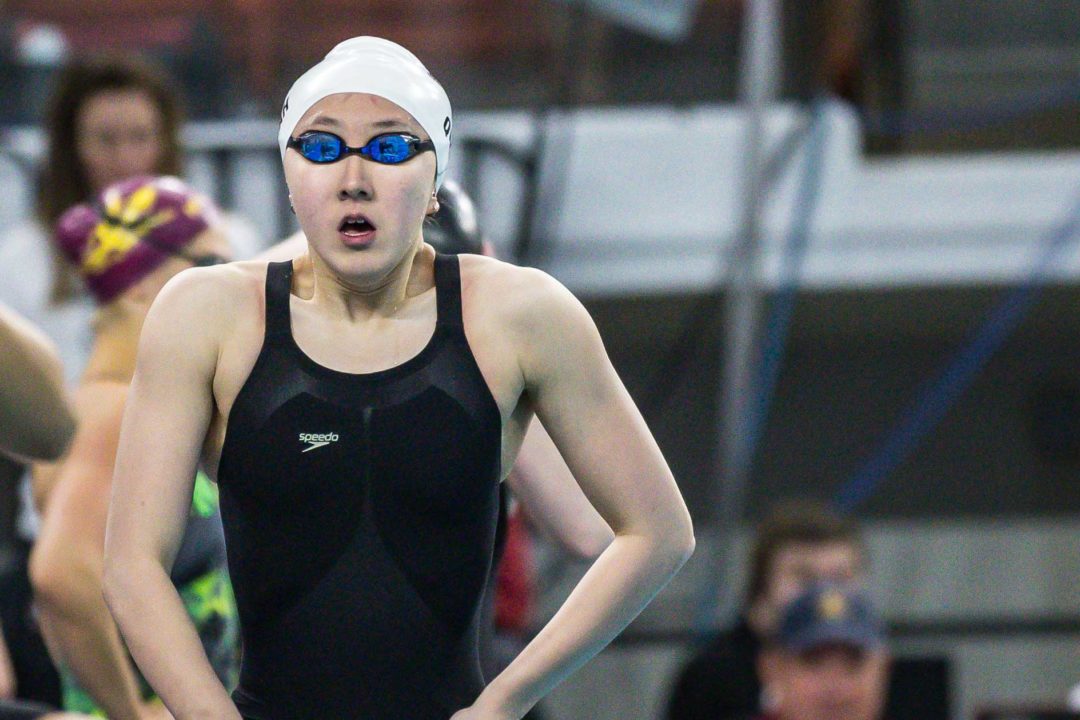 Hitting a 4:15.73, this was only Quah's second time ever racing the event in yards, and the Singaporean junior was one of two Aggies under 4:20 on Saturday. Archive photo via Jack Spitser/Spitser Photography

Karling Hemstreet was another double-winner for the Aggies, taking the mid-distance freestyle events. First, she posted a 1:50.28 to take the 200 free, then broke five minutes to win the 500 free at 4:59.99. In the 1000 free, the longest event of the day, Aggie Joy Field posted a season-best of 10:07.37, which was also better than any dual meet swim of hers last season.