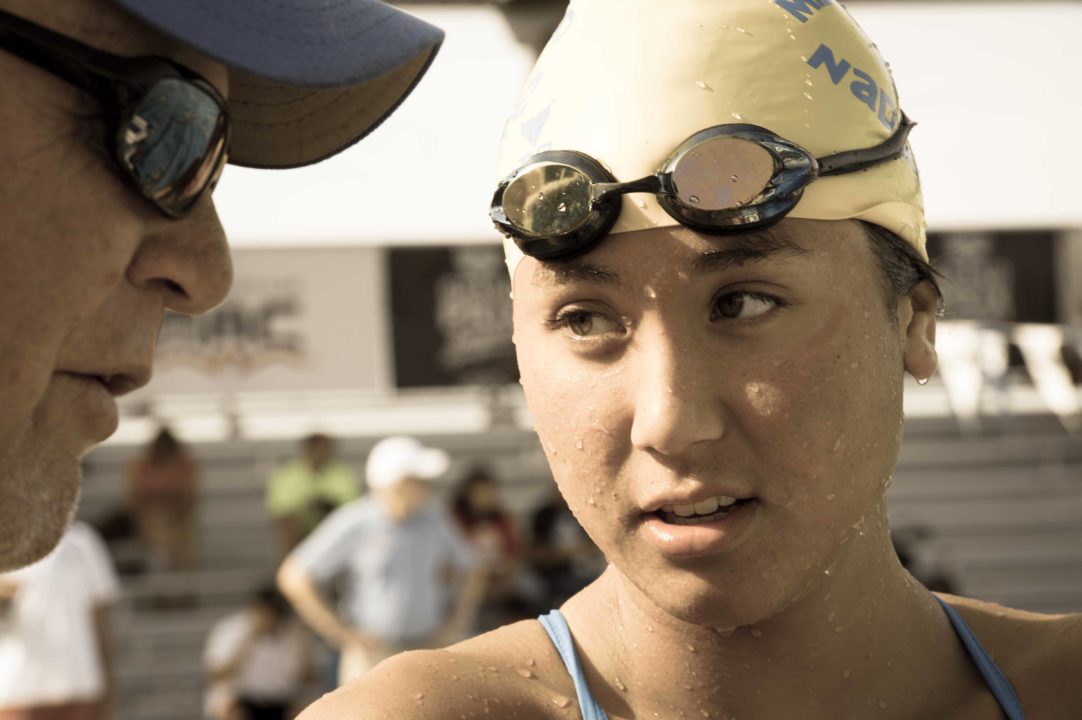 On the boys side, Capistrano Valley’s Nick Norman cracked 4:20 in the 500 free, but Dana Hills still took home the team title.

Tesoro won 9 of the 11 swimming events to roll to a team championship by nearly 200 points. That came courtesy of consecutive event wins from freshman Jessica Epps.

Capistrano Valley’s Eliana Yellin denied Tesoro yet another win in the 200 free, going 1:52.09 for the win. Meanwhile the 50 free went to San Clemente’s Lauren Amigleo in 23.91.

Capistrano Valley’s Nick Norman highlighted the boys side, blasting a 4:19.97 to pick up the win in the 500 free.

But Dana Hills took the team trophy, buoyed by an early run that saw them win 3 of the first 5 races.

Trent Pellini won twice for Dana Hills. His first strike came in the 200 IM, where he went 1:51.35 for the win over San Clemente’s Brad Prolo. He would come back to take the 100 breast late in the meet, once again topping Prolo with a 56.23.

Heh, Nick Norman was faster to the feet in the 500 than he was in the 200 individually.

Fun and fast times being posted. Two of the most competitive races to watch were the Ladies 200 free final between El Yellin and Casey Brotherton and the Mens 100 Fly between Michael Smith and Daniel Kim.