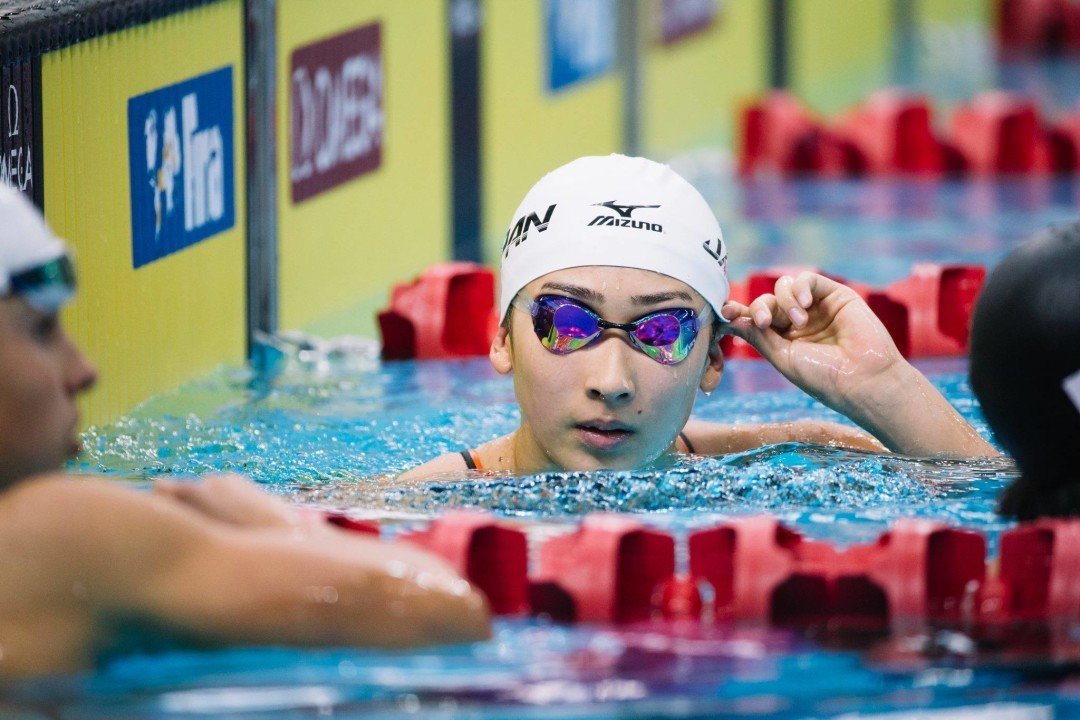 Japanese teenage sprinting phenom Rikako Ikee lowered her own 100m butterfly National Record for the 2nd time in a span of just hours while competing at the 2016 Olympic Games in Rio.

After taking her previous 57.55 record down a few notches to 57.27 in this afternoon’s prelims of the women’s 100m butterfly, the 16-year-old shaved off even more time tonight, stopping the clock at 57.05.  That mark checks young Ikee in as the 3rd-fastest swimmer of the morning and in the running for a potential podium spot.

It’s clear Ikee was more patient with her speed in tonight’s final, going out almost 3 tenths slower than the morning. That speed crescendo paid off, as she was able to close in a sub-30-second split.

The fact that she’s already notched two personal bests on the first day of Rio bodes well going into tomorrow night’s final, where Ikee will need to throw down a sub-57-second outing to get close to a minor medal. If she accomplishes the task, she’ll make history as the first Japanese woman to do so.

Look for Ikee later tonight as she competes on the Japanese women’s 4x100m freestyle relay.