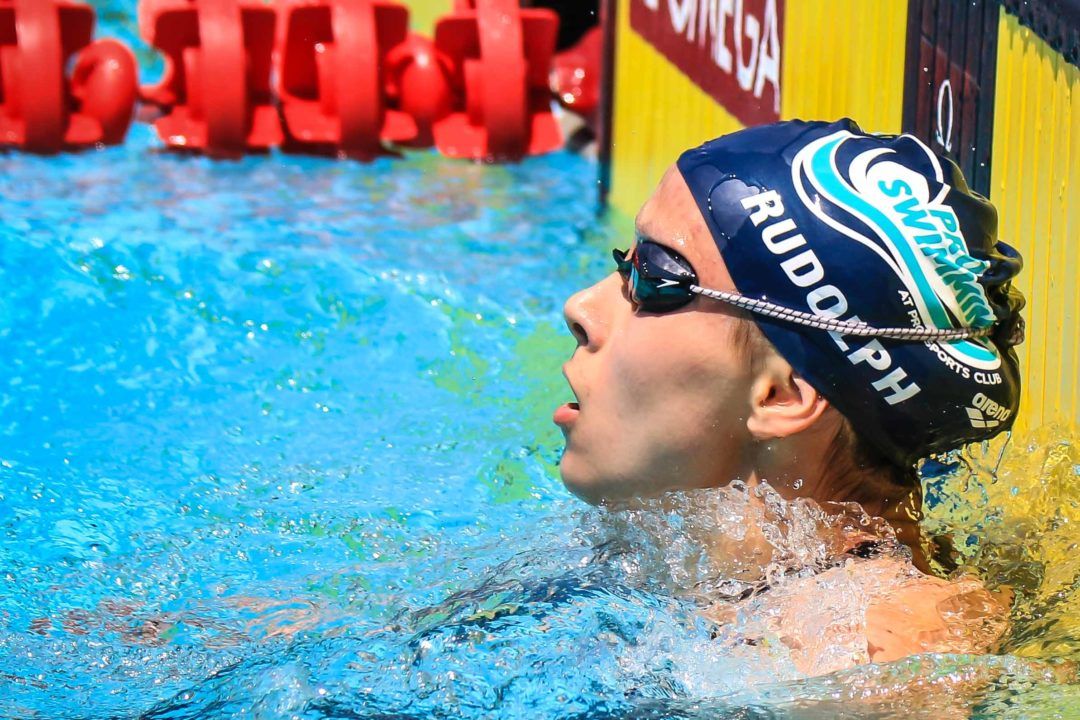 Bellevue senior Janelle Rudolph stole the show over the weekend at the Washington 3A State Championships, winning the 50 free and 100 free and dropping huge relay splits to propel Bellevue to a team title.

Rudolph’s biggest performance came in the 400 free relay, where she dove in as Bellevue’s anchor leg in third place, over two seconds behind leader Lake Washington. The Stanford commit nearly made up the gap on the first 50, flipping at 22.82 to the feet, before steamrolling her way down the back-half to split a 47.77 and close out the meet with another Bellevue win.

Lake Washington grabbed the second place trophy, finishing as runners-up in the 200 medley relay and 400 free relay as well as fourth in the 200 free relay. Depth was the name of their game; they had at least one swimmer in every individual event make the A-final, while Amelia Hammer was the lone winner with a victory in the 100 free (50.93). The junior added a runner-up finish in the 50 free (23.39) behind Rudolph, while sophomore Courtney Cross posted third-place efforts in the 200 free (1:51.82) and the 500 free (5:02.01).

This was crazy to watch, she demolished a massive lead against the winner of the 100 free like it was nothing

This is insane. What’s the fastest relay split ever for a high schooler?

0
0
Reply
Swammer from Wakanda
Reply to  The Ready Room

Abbey Weitzel led off the Canyons 400 free relay in an American record when she was in high school…so probably that.

However, if you don’t want to count club meets, then I’m not going to pretend like I know.

4
0
Reply
The Ready Room
Reply to  Swammer from Wakanda

Of note, Snohomish’ s Kayli Kersavage is a 3 time defending state champion as a junior.