Izotov Reigns at St. Petersburg Cup, But Will Not Swim Individually at 2015 Worlds 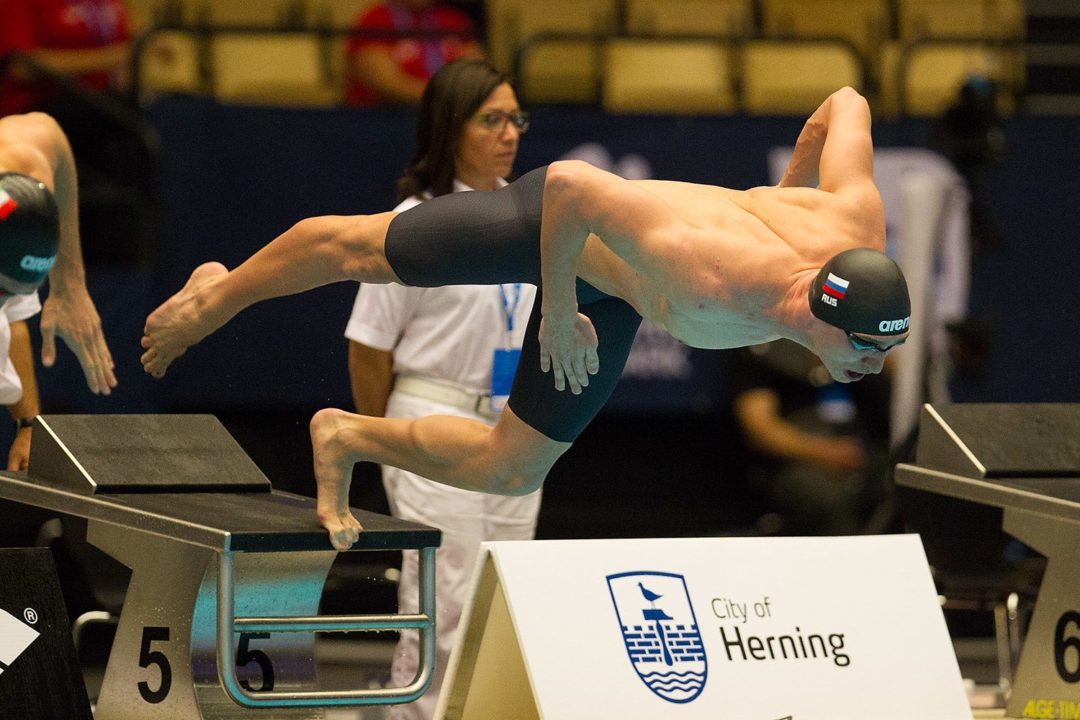 The St. Petersburg Cup was in full swing in Russia over the weekend, where key members of the Russian team... Archive photo via (courtesy of Jesper Nielsen | www.sttfoto.dk)

The St. Petersburg Cup was in full swing in Russia over the weekend, where key members of the Russian team took to the pool in the hopes of clenching last chance Kazan-qualifying times with the 2015 FINA World Championships fast-approaching.

However, with Russians Alexander Krasnykh  (1:47.39) and Alexander Sukhorukov (1:47.59) each with stellar times at their country’s Nationals in April, as well as Vladimir Morozov (47.98) and Sukhorukov (48.33) each holding 100m freestyle times that top Izotov’s best this year so far of 48.41, Izotov will surprisingly not be swimming any individual events at this year’s World Championships.  According to rsport.ru, the 2013 World Championships 200 freestyle bronze medalist will be participating as a relay swimmer only for the Russians in Kazan.

Of this situation, Izotov told rsport.ru that “I will go to the World Cup with a good mood. The main thing is that I got to the World Cup. Two relays – a big load. I will help the team, just ready. Of course, it is insulting not to swim personal (distance)…..Of course, I was upset, but nothing has changed, you need to live, to work, to the negative emotions are not affected in the future.”  Izotov will be on the Russian 4×100 free and 4×200 freestyle relays at the World Championships.

Multiple event winners were also seen in the breaststroke races, with Victoria Andreeva earning wins in both the 100 and 200, finishing in times of 1:10.62 and 2:28.91, respectively.  Natalia Lovtsova claimed victories in the 50 and 100 butterfly races, topping the field in 27.11 and 58.86 in each event for her efforts.

It would be fun to see your revisions to the original prediction.

The best part is, that’s only two years ago XD

Izotov is going to be fullly fresh for both relays – bodes well for Russian relays .