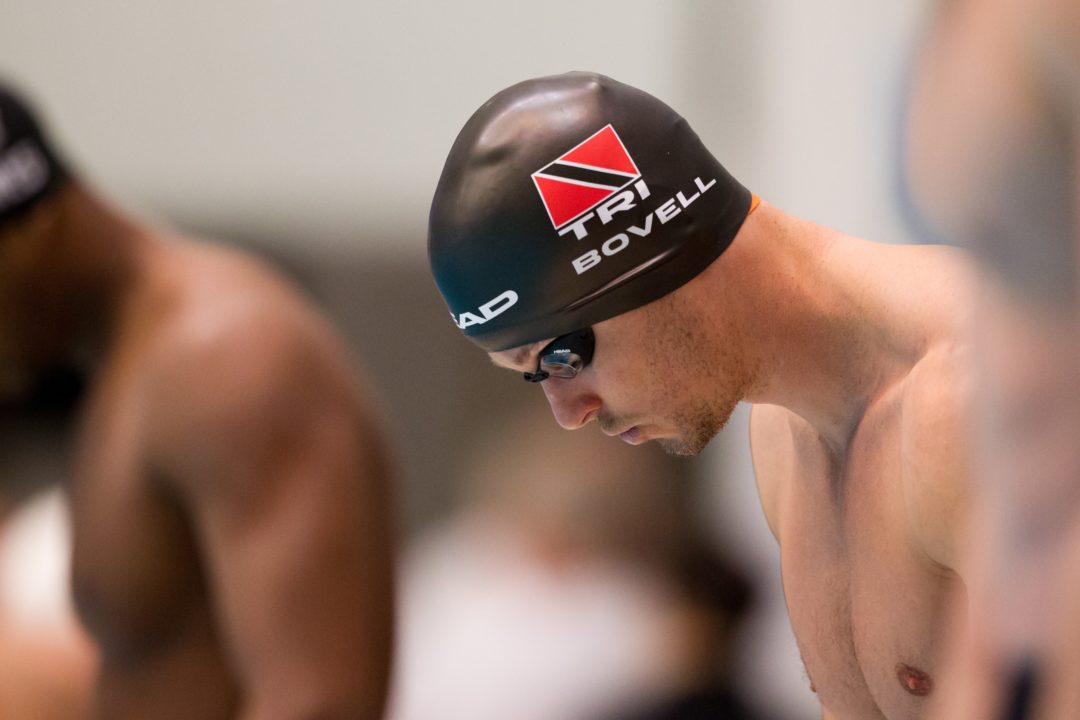 George Bovell has dropped the 100 to focus on the "main event". (Photo Courtesy: ©Tim Binning/TheSwimPictures.com)

Former 200 IM Olympic bronze medalist George Bovell has scratched his first race of this meet, the men’s 100 free. The 29-year old has completed the transition from IM’er to pure sprinter this season after spending the last two months training in Ann Arbor, Michigan with Club Wolverine and sprint guru Mike Bottom.

Bovell is Trinidad & Tobago’s most recognizable swimmer, and is currently ranked 12th in the world in the 50 free, his only true hope at a medal. He said this morning that he was going to focus on “the main event,” referring to the 50, and that his coaches had seen all that they need to see headed into that swim.

Perhaps even a bigger head-scratcher is the absence of Russia’s Danila Izotov, who is the 7th seed in this race. With two teammates also in the world’s top 8, he’s left an open spot in their lineup that could have been filled by a teammate. Presumably, this decision was made to focus on the 800 free relay that takes place later in the session where Russia is looking to match their medal from the shorter sprint relay.

Other scratches include Lu Zhiwu, China’s only entry in the race, and Hungary’s Dominik Kozma.