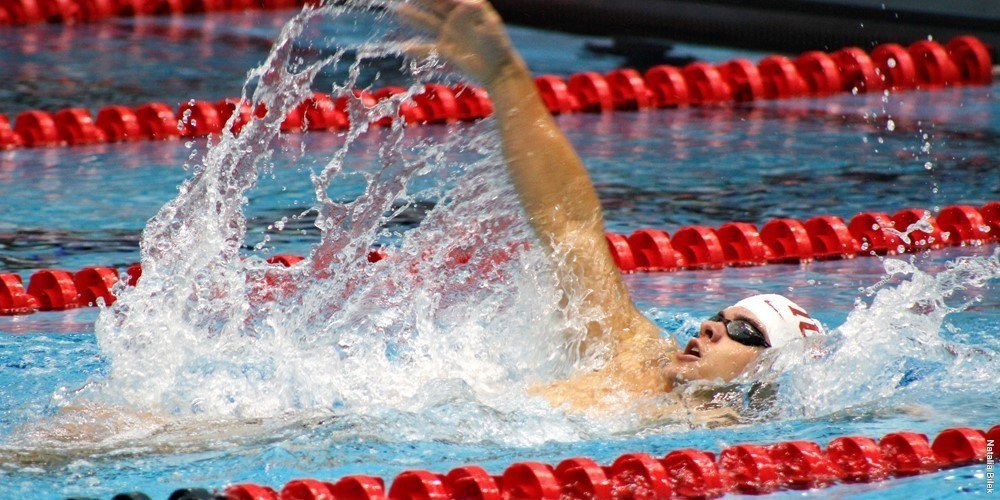 Getting back into the action after a long layoff, the IUPUI men’s and women’s swimming and diving teams hosted Ball State and Xavier for a dual-meet Friday (Jan. 6), with the Jags picking up three victories across both sides.  The men defeated Xavier 151-85 and Ball State 191.5-50.5.  The women topped Xavier 136-101 before falling to Ball State 94-149.

“It’s good to get back to racing,” Head Coach Matt Bos said of the showing.  “This is the part of the season where it gets tight, because it’s a quick turn-around for each of the last few events before we start the Summit League Championships.”

The Jags were highlighted on the night by the performance of Olivia Treski, who captured first in three events.  David Sweezer took first in a pair of events on the men’s side, while the Jags saw the return of highly-accomplished Lennart Kuester.

Sweezer had a big day, taking home first in the men’s 1000 Free with a 9:37.75.  He beat out accomplished teammate Ben Levart, who finished in second with a 9:52.67 time.  Levart holds the program record in the event.  Sweezer then added to his top spot with a 4:41.13 first place performance in the 500 Free.  Teammate John Ragsdell finished second, just 0.10 seconds behind Sweezer.  Ragsdell also captured first in the 200 Individual Medley with a 1:54.33 mark.  Ragsdell’s teammates Jon Stoller and Josh Barajas took second and third in the same event, with times of 1:55.28 and 1:56.91, respectively.

Stoller built on that performance with a 58.04 time in the 100 Breaststroke, a top overall finish.  Landan Mintch touched the wall just 0.43 seconds later, good enough for second.  Jack Sandala had a solid evening with a first place showing in the 200 Free (1:41.37) and a second place spot in the 100 Free (46.69).  Jared Allen took the top spot in the fastest event of the night, finishing in 21.01 seconds for the men’s 50 Free.  Kuester came back to finish in seoncd place in the 100 Backstroke, logging a 53.13 time.

The Jags will compete in their only road dual-meet of the season, as the teams travel to face Denison University in Granville, Ohio on Jan. 13 at 2 p.m. EST.

For all the latest in news, scores, highlights, stories, and more, follow IUPUIJags.com.