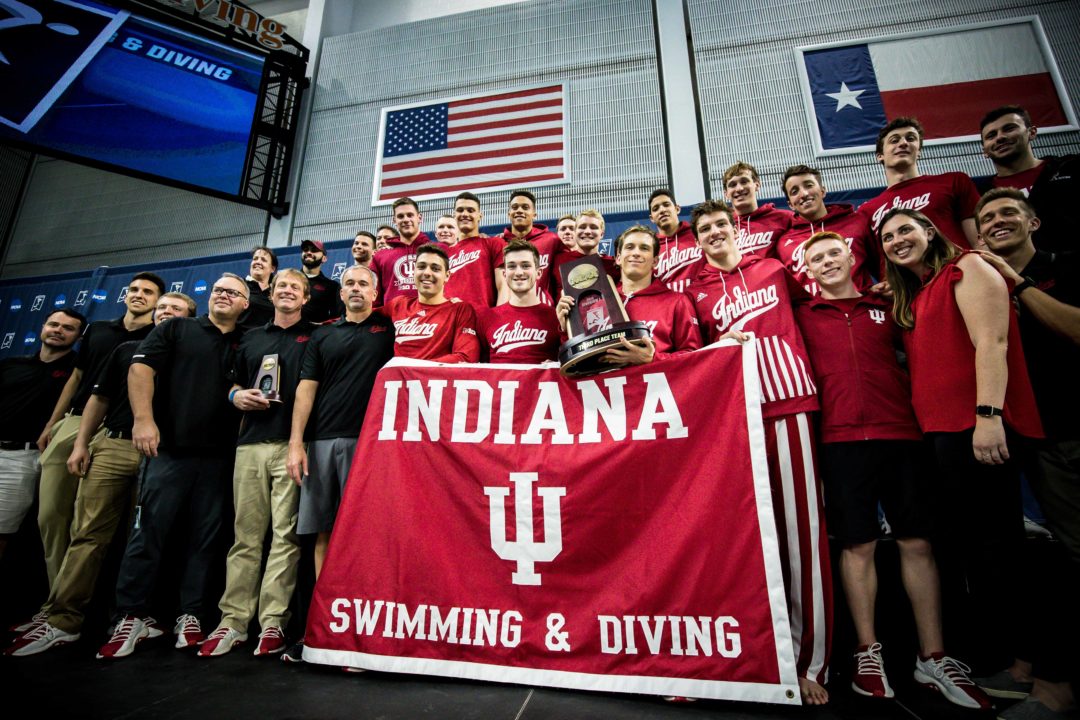 Defending Men’s and Women’s Big Ten Champions, Indiana University, have unveiled their meet schedule for the 2019-2020 season. The men’s and women’s dual meet schedules are the same with one exception,  a November double dual meet with Michigan and Iowa, which is a men’s only meet. IU will be facing off against Louisville twice this season, with the first meeting coming at a double dual with Texas in November, and the second as a dual meet at Louisville in late January. Indiana’s men will see Michigan twice as well, first in the Michigan/Iowa double dual in November, and again at a dual meet in Ann Arbor in January.

They will be facing less dual meet opponents this year than last. Unlike last year, IU will not be facing Mizzou or Florida. That drops the number of opponents for IU’s women from 8 last year to 6 this year, and 7 for the men (due to adding Iowa on the men’s side).

While IU’s dual meet schedule relatively small, they’ll be competing against some of the top programs in the NCAA. Here are the NCAA finishes from last season for each of the teams IU will be facing in dual meets this year:

Great schedule for a great coach and team. We will enjoy hosting IU as always.

Can’t wait to see how IU freshman perform this year!!