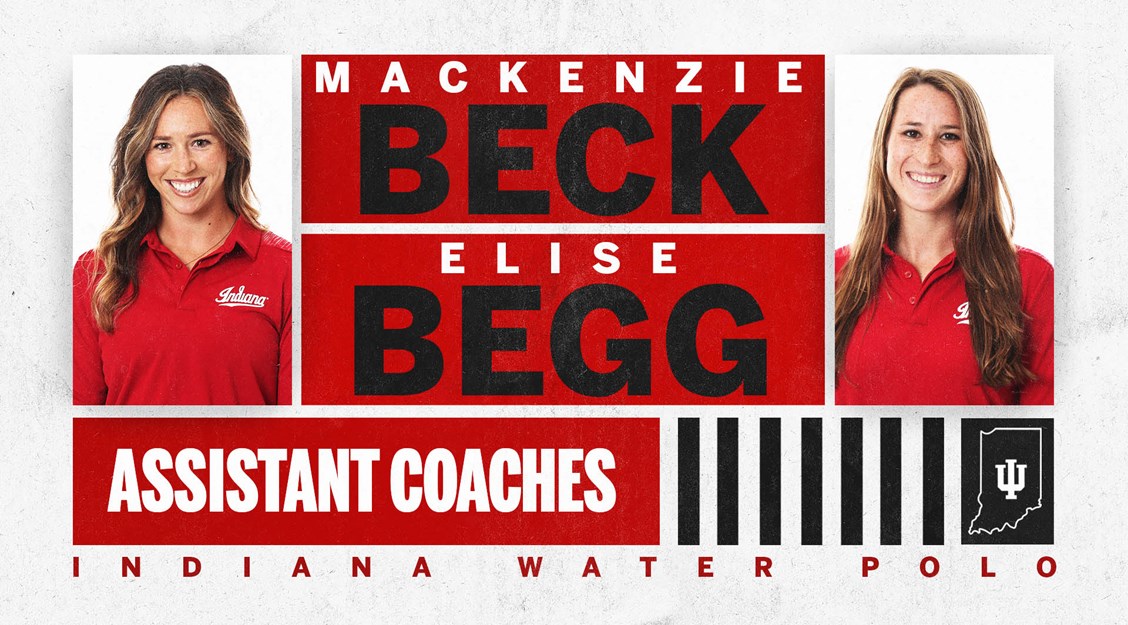 “I am thrilled to announce the addition of Mackenzie and Elise to our program’s staff,” Dodson remarked. “Both coaches bring championship playing and coaching experience to IU, and will help with more than game tactics. With an all-female coaching staff, our student athletes have not only hand-picked coaches but also leaders to learn from. Mackenzie and Elise will be role models for our program on and off the pool deck. I could not be more excited to start the new eta of IU Water Polo with these women in our staff.”

Beck comes to Bloomington with over 15 years of water polo experience as both a player and a coach. Beck was a professional water polo player for two years, playing overseas in Australia (UNSW), Spain (CN Rubi) and Greece (Tritons Water Polo Club).

“I am very excited for the joining the Hoosier family and the opportunity to be coaching these high-level athletes,” Beck said. “I am ready to hit the ground running with this team and looking forward to working with Coaches Dodson and Begg and the amazing athletic staff at IU.”

Beck served as a youth water polo coach for the SET Water Polo Club in Orange County, Calif., helping lead the 16U Grey team to a 19th overall finish at the Junior Olympics in the Championship division. Beck was also an assistant coach for both the girl’s and boy’s teams at Laguna Beach High School in Orange County.

Begg comes to Indiana with an extensive background in the sport, both as a coach and a player.

“I am extremely excited to join the Hoosier team,” Begg said. “The energy and enthusiasm our team has for this coming season is inspiring and I am looking forward to the opportunity to work with our players as we build and grow this coming season.”

Most recently, Begg served as the water polo coach at South Coast Aquatics  in Thousand Oaks, Calif. since May of 2015. Begg was also a Coastal Zone Youth Coach for the Olympic Development program, working with players to introduce and develop skills.

Begg, an eight-time Dean’s List honoree, earned her degree in business administration with a concentration in marketing from Wagner College in 2018.