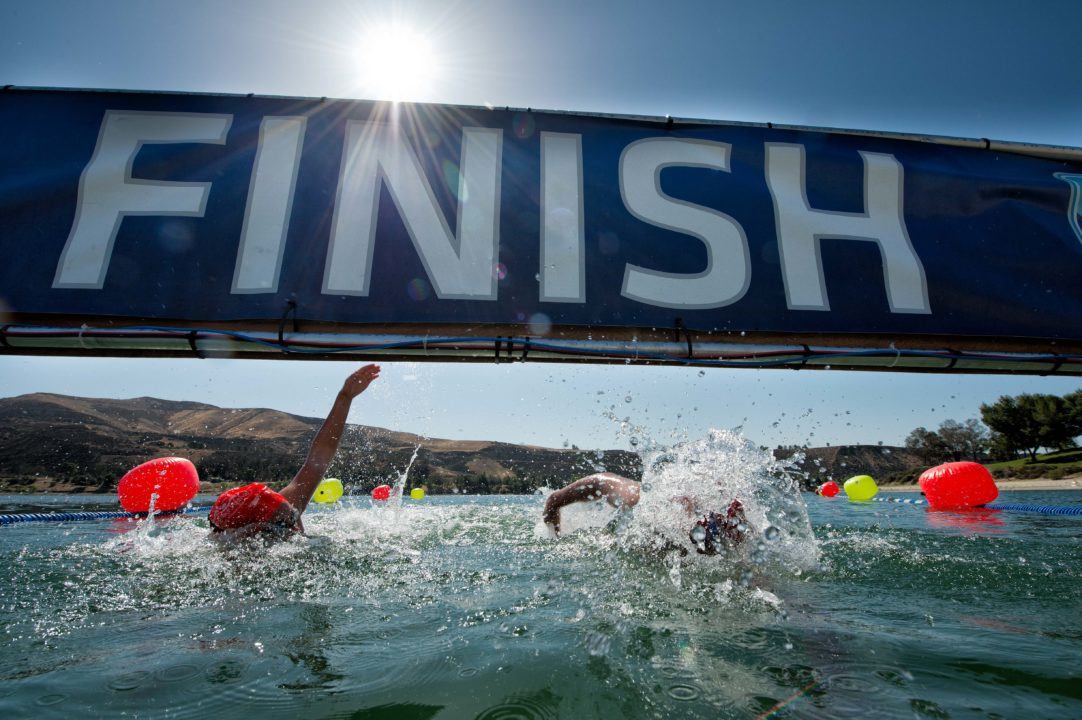 On Sunday — at the fourth and final stop of the 2017 FINA Open Water Grand Prix — the Italians continued their dominant run, claiming four of six medals in the race.

The race, in its 52nd iteration, is traditionally a grueling 36 kilometers. Due to high wind speed at race-time, it had to be truncated to 16 kilometers. Instead of a swim from Naples to Capri Island, swimmers went around a 2 kilometer loop on the Naples coast eight times.

Each of the 29 total swimmers were accompanied by a safety boat.

Though Brazilian Ana Marcela Cunha won by 10 minutes and 33 seconds, Italian women took second through fourth on the women’s side. For the men, Italians claimed gold and silver.

With the win, Cunha has cemented herself as a Brazilian swimming giant: this year alone, she took gold in the 25km swim at the 2017 Fina World Championships, as well as silver in the 5km and 10km races.

Overall in the Grand Prix series, the Italian women were in command: