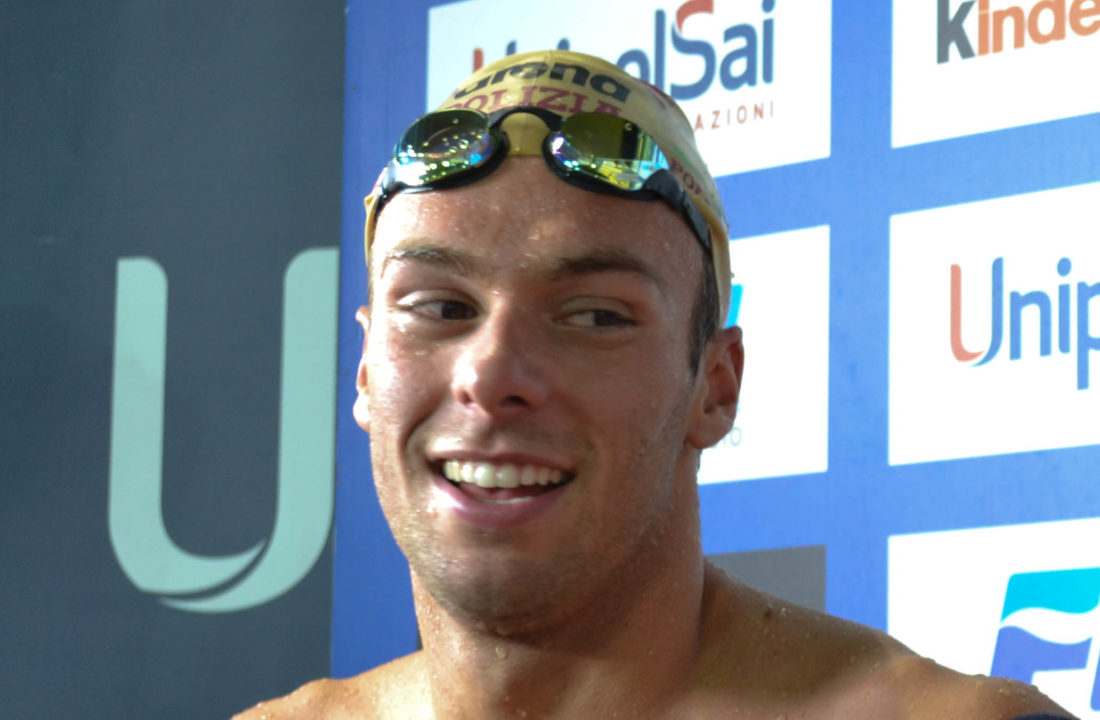 Italian Olympic champion Gregorio Paltrinieri has recovered full functionality of his right elbow after hyperextending it 2 weeks ago. On... Current photo via Giusy Cisale/Swimswam.com

Italian Olympic champion Gregorio Paltrinieri has recovered full functionality of his right elbow after hyperextending it 2 weeks ago. On May 5th, during the US Open Water Championships, Gregorio Paltrinieri incurred an the injury when he hit the finish pad to win the men’s 10km race in Miami.

Now recovered, Paltrinieri will fly to Flagstaff, Arizona, on Sunday 19 May. He will join the group engaged in training at altitude with his coach Stefano Morini. He will be in the United States until June 8, 2019. His training will be based out of Northern Arizona University, which is a regular altitude stop for swimmers around the world, and is situated at about 7000 feet (2,130 meters) above sea level.

The rest of the Italian group has been training with Morini since May 7th. In addition to Morini’s middle distance swimmers, triple European champion Simona Quadarella has joined the group.

Gabriele Detti is also involved in the training and will race at the final stop of the 2019 FINA Champions Swim Series, scheduled from 29 May to 2 June in Indianapolis.

The athletes summoned for the training camp in Flagstaff are: