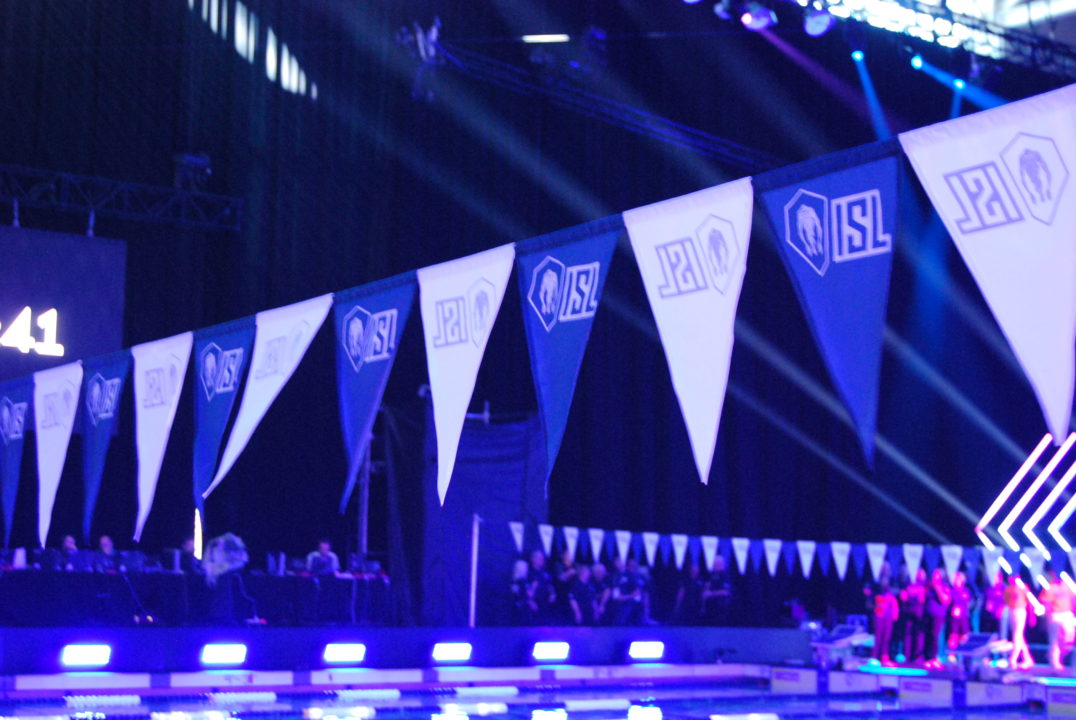 The International Swimming League (ISL) will present a new post-meet wrapup show on Saturday from the University of Maryland.

The International Swimming League will be hosting a live post-match social media show on their Twitter and Facebook accounts directly following Day 1 of the US-derby match in College Park, allowing fans to tune in for an in-depth look at the day’s events.

The show will feature expert analysis on the different tactics and strategy implemented by the clubs, the highlights of the match, emerging storylines, different momentum changes over the course of the day, and which swimmers are in the running for MVP. The commentators will also take a behind the scenes look at the clubs and start looking ahead to Day 2 and make predictions of what’s in store.

There will also be special guests coming on to the show, including ISL athletes, coaches and general managers.

The live post-show will enhance both the viewer’s experience of the ISL matches and give them a better understanding of the nuances that go on over the course of the competition.

The match will start at 2:00 p.m. and run for approximately two hours, and the post-meet wrapup show will begin at 4:30 p.m.

About the ISL: The International Swimming League is a global professional swimming competition launching in 2019 with teams in both Europe (Italy-based Aqua Centurions, France-based Energy Standard, Hungary-based Iron, and London Roar) and the United States (Cali Condors, DC Trident, LA Current, NY Breakers). The inaugural season will include matches in Indianapolis IN, Naples ITA, Lewisville TX, Budapest HUN, College Park MD, London GBR, and the championship finale at the 12,000-seat Mandalay Bay Events Center in Las Vegas, NV. The ISL aims to create groundbreaking projects, in both form and content, exploring the full potential of competitive swimming while securing sustainable commercial growth in the sport.