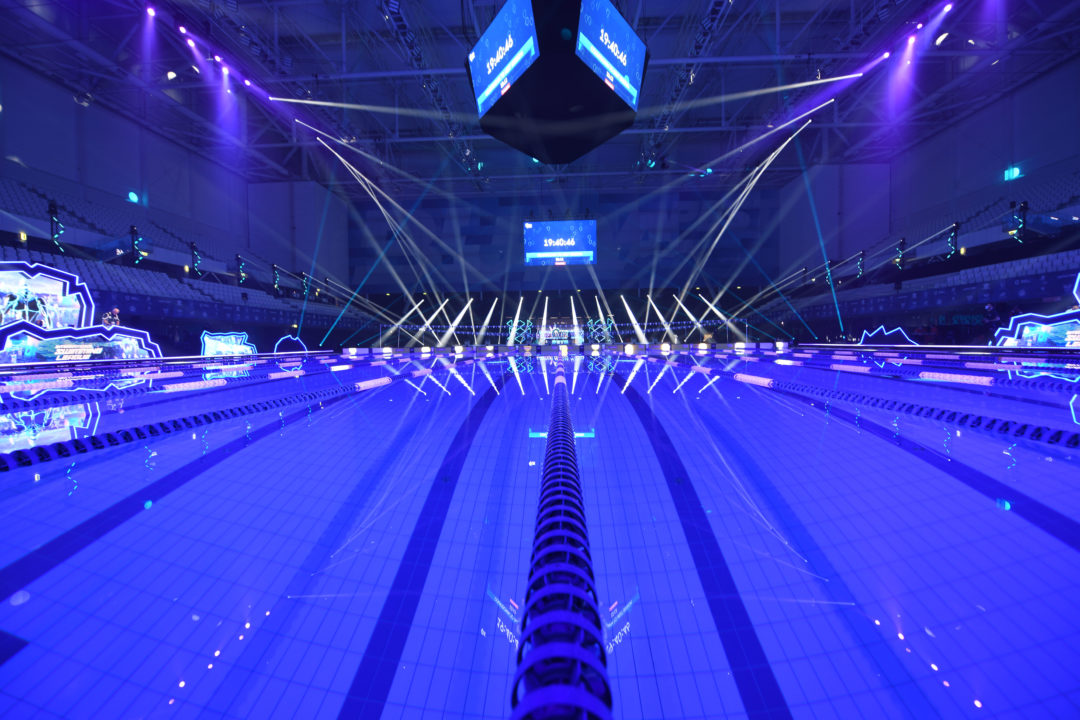 The ISL will allow a three-week period for NCAA swimmers to decide whether to remain in the ISL draft pool or withdraw to maintain NCAA eligibility. Stock photo via Mike Lewis/Ola Vista Photography

The International Swimming League (ISL) will allow a three-week period for NCAA swimmers to decide whether to remain in the ISL draft pool or withdraw to maintain NCAA eligibility.

The ISL is requiring all athletes to register for the professional swimming league’s draft pool by May 31. But with the NCAA allowing college athletes an extra year of eligibility after the COVID-19 pandemic disrupted much of the past two seasons, many athletes are still trying to decide on their future competitive swimming plans.

Joining the ISL as a professional would cause an athlete to give up their NCAA eligibility, based on NCAA amateurism rules.

To give athletes more time to decide, the ISL is introducing a “cooling-off” period from June 1 to June 22. During that time, NCAA student-athletes who have registered for the ISL draft pool can still decide whether they want to move forward in the ISL or withdraw and return to the college ranks.

‘’We have listened to the worries and concerns of some NCAA student swimmers who are undecided about registering for the ISL Draft,” said ISL founder Konstantin Grigorishin in the league’s press release. “This is a unique situation for a handful of swimmers that requires understanding and a proactive solution on our part. We want to reassure these swimmers that if they sign up before the deadline of 31st May we will understand and wish them well if they subsequently decide to withdraw ahead of the draft itself in order to continue as an NCAA student-athlete.”

Grigorishin re-emphasized the league’s stance that all athletes must be registered for the draft pool by May 31 in order to compete.

“In all cases, swimmers will miss out on competing in ISL Season 3 if they do not register for the ISL Draft by the 31stMay deadline,” Grigorishin said.

While multiple states have passed new rules on student-athlete name, image and likeness (NIL) rights and the NCAA has committed to modernizing its NIL rules, none of those reforms would appear to allow NCAA student-athletes to compete in a professional league alongside their NCAA participation.

Did swimmers get paid for last year yet?