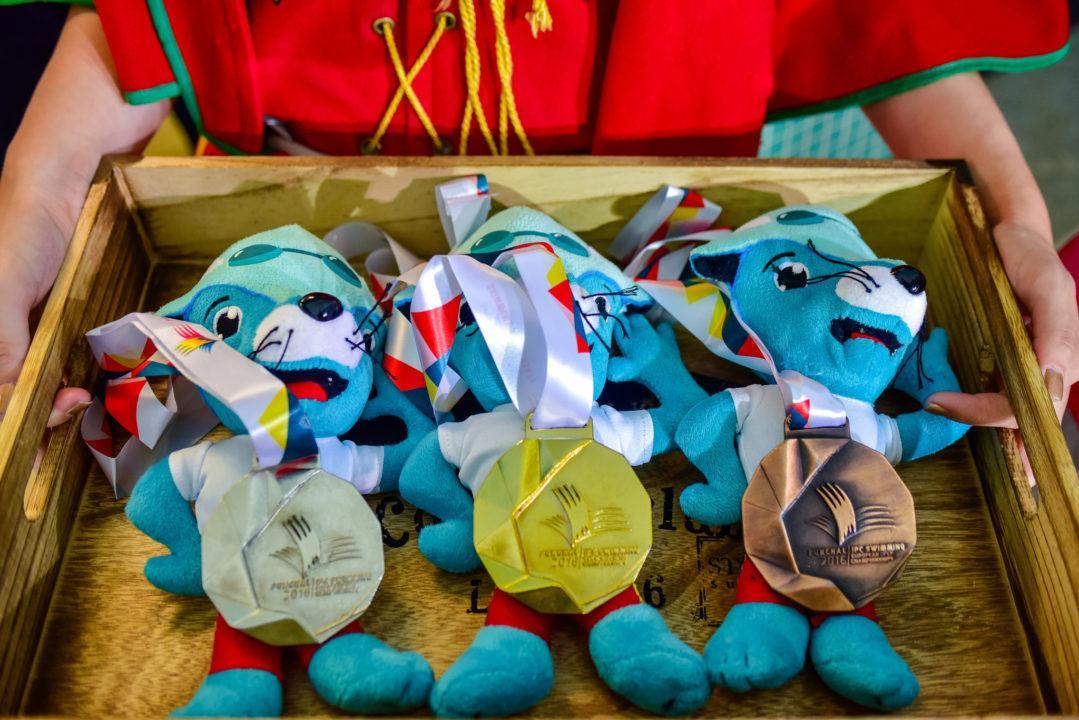 With just two days remaining of the 2016 IPC Swimming European Open Championships, the last major event ahead of the Rio 2016 Paralympic Games, swimmers will be looking to secure their places in the record books. Current photo via IPC Swimming/Pedro Vasconcelos

Brazil’s 10-time Paralympic champion Daniel Dias has had a bit of a mixed competition in Funchal, missing out on several golds that he was expected to win.

That was until he broke his men’s 50m backstroke S5 world record on Thursday night.

Spain’s Teresa Perales won her first 100m freestyle Paralympic title on her Games debut at Sydney 2000 and like Dias, has won gold at every Paralympic Games since.

At the European Championships, Perales will be looking for her second individual gold of the week in her favourite event.

However Norway’s Sarah Louise Rung has occupied the top spot on the podium ahead of Perales four times in Funchal.

Spain’s Sarai Gascon is currently the most decorated athlete at the 2016 Euros. With four individual and one relay gold, the 23-year-old has not lost a race.

This event will be her final swim and she will be aiming to finish on a high.

However the Netherlands’ Chantalle Zijderveld, a youngster at the age of 15, is the reigning world and European champion in the 100m breaststroke SB9, and the new world record holder as of April this year.