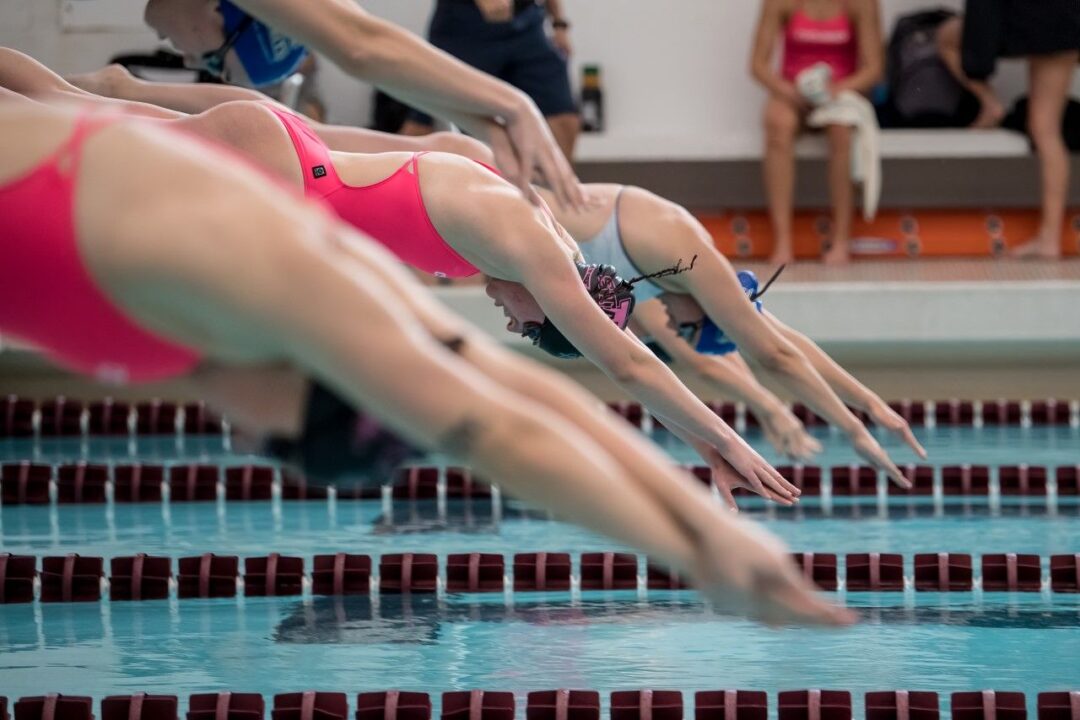 Iowa State landed its second victory of the season and second win at home, taking down South Dakota 191-102. Current photo via Iowa Athletics

Iowa State wasn’t afraid to double-down against the Coyotes as they kicked off the meet with an immediate win. The 200 medley relay team consisting of Sophia Goushchina, Gabrielle LePine, Trinity Kay, and Carley Caughron placed first with 1:45.03 and about two seconds behind was Elizabeth Richardson, Paige Hanley, Lucia Rizzo, and Andie Quirke.

“Carley Caughron did an outstanding job in the 50 and 100 free and she’s only 16 or 17 hundredths of a second off her lifetime best in the 100 free and so that’s fantastic for being at this part of the year,” Sorenson said.

The Cyclones closed out the meet with a win in the 400 free relay. Goushchina, Caughron, Horras, and Bengtson landed their time of 3:28.15.

Next up the divers head to Columbia, Mo. for the Mizzou Invite Nov. 16-18 and the swimmers take on the Kansas Classic in Topeka, Kan. Nov. 18-20 for the first championship-style meets of the season.

Fairbanks, a junior from Highland, Michigan, posted season bests in both diving events, recording 279.9 on the three-meter board and 261.65 on the one-meter board.

South Dakota’s foursome of O’Shea, Camilla Brogger-Andersen, Mayer and Ketterling posted a runner-up finish in the 400 free relay in 3:37.43.

Samantha Mersnick posted a career-high on the one-meter diving board, scoring 254.15 points to highlight the third-place finishes for the Coyotes.

The Coyote quartet of Grace Schultz, Buhr, Kahn and Spomer placed third in the 200 medley relay in 1:48.33.

South Dakota will host the two-day Coyote Extravaganza inside the Midco Aquatic Center in Sioux Falls next Friday and Saturday.