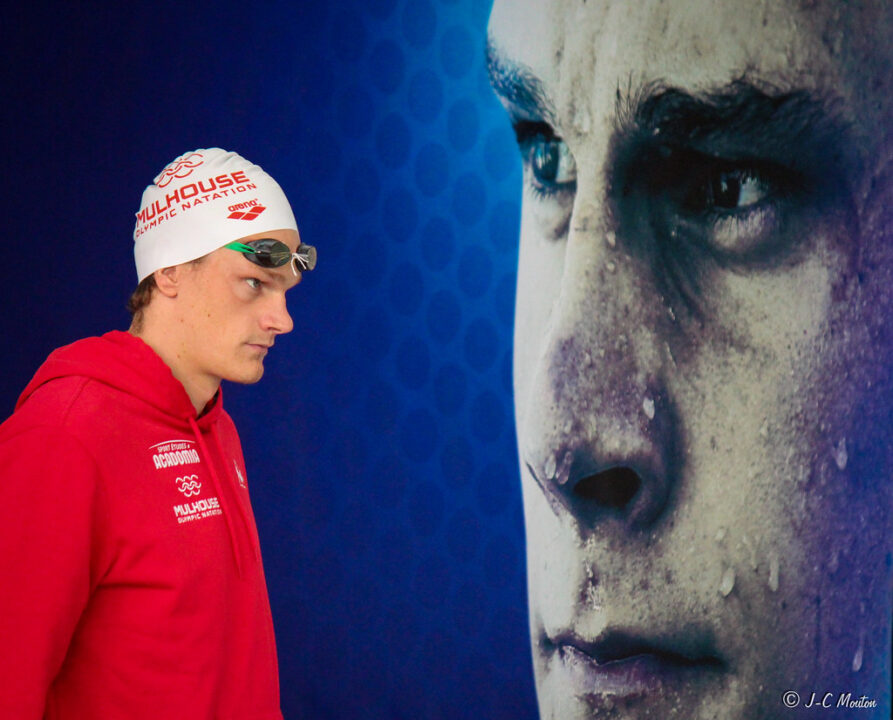 More details have come to light in the sexual assault case surrounding French Olympic champion Yannick Agnel, who was indicted for rape and sexual assault of a minor in December.

Agnel admitted to having sex with a minor shortly after being released from police custody, but denied coercion, which is a meaningful distinction under French law.

A Radio France investigation has uncovered more details surrounding the case, finding that several swimmers on the Mulhouse Olympic Swimming Club (MON) were well aware of the intimate relationship Agnel was having with the victim that was 11 years younger than him.

The events occurred in 2016, when Agnel was 24 and the victim, referred to as N in the investigation, was 13.

French law dictates that an adult cannot have consensual sex with somebody under the age of 15. In 2021, the French parliament adopted legislation that characterizes sex with a child under the age of 15 as rape and punishable by up to 20 years in jail.

It has been revealed that N is the daughter of Lionel and Marjorie Horter, both members of the club’s management, and Lionel was also Agnel’s primary coach during his time at MON.

The investigation finds that Agnel’s relationship with N first began on New Year’s Eve 2015, and they first had intercourse shortly thereafter at Lionel Horter‘s home, as Agnel had been living there since the beginning of 2016 to dial in his preparation for Rio Olympic Games.

The affair continued during a club training trip in Thailand in January and February 2016. One swimmer told Radio France that N would “regularly” go to Agnel’s room during the trip and that she “had her doubts” about what was going on.

Other swimmers reportedly wondered how Lionel and Marjorie “could have seen nothing” going on given that they were present on the trip.

The parents told investigators in a July 2021 hearing that they only learned about the relationship between Agnel and their daughter two weeks before she filed a complaint, which would’ve been only shortly before the hearing.

However, one former club executive said that, after MON was in conflict with Agnel regarding payment of 60,000 euros he claimed the team owed him in 2019, the club sent a conciliation letter indicating they had knowledge of the relationship.

Franck Horter, MON president and the brother of Lionel, wrote that “Yannick would be wise to accept this conciliation because they have a file on him and his niece, N,” according to the executive.

One swimmer told Radio France that “everyone (was) aware within the club.”

One of N‘s lawyers, claims that, while the swimmers may have been aware, “the information did not go back to Lionel and Marjorie Horter, who are part of the management. Management is an authoritarian figure for these young people.”

Mulhouse public prosecutor Edwige Roux-Morizot added that “no element currently shows that the parents were aware.”

“Judicial information evolves according to the hearings,” the prosecutor said. “We will see. In any case, this does not lessen the suffering of the victim. N is the victim in this case. She has not been well for several months, because of what she has suffered and which comes out today.”

Roux-Morizot also refuted that the affair is at all related to the club’s ongoing financial difficulties, which currently has Franck and Lionel Horter under preliminary investigation for their management of the club. MON was also indicted for fraud for facts dating back to 2016.

The Horter family is also due to relinquish management of the MON pools on January 31, 2022, following a financial audit last year.

The MON ended up being ordered to pay the 60,000 euros it owed to Agnel in July 2020, and the club appealed, leading to a hearing which is scheduled for March 2022.

Agnel, now 29, claimed two gold medals at the 2012 Olympic Games in London, winning the men’s 200 freestyle and anchoring the French men’s 400 freestyle relay. He also swam the fourth leg on their silver medal-winning 800 free relay, and was a double gold medalist at the 2013 World Championships in the 200 free and 400 free relay.

Agnel also competed at the 2016 Rio Olympics, and has since made some media appearances on French television, including coverage of the 2021 Games in Tokyo. He was also writing a column and participating in a podcast on the topic of E-Sports, but has been suspended from that role pending outcome of these proceedings.

Reading this makes me feel dirty. Wish nothing but the best for the victim, and hope she has an amazing life ahead of her

Were most of these other swimmers adults or are they mostly teenagers? For adults not to say anything is inexcusable.

The comment from N’s lawyers suggests it was other teenagers.

It makes sense, N would probably have hinted to her training mates, who would be around her age, but sure as hell Agnel was not telling anyone in the senior training squad.

From what I understood from the source material, Radio France, every swimmer referenced here was at the time roughly her age, the only explicitly mentionned “adult figure” would be the club executive who witnessed the (chilling) statement about N’s uncle having “a file” as leverage on Agnel..

Horror show all round

Jesus wept, invite a guy to stay at your house to prepare for the Olympics and he repays you by f***ing your thirteen your old daughter.

Sexually assaulting, but totally agree with your sentiment.

Weirdly enough Lionel Horter is known in France as Roxana Maracineanu (now Ministre des Sports, and former 2000 swimming World champion) ‘s former coach and “lover” as they had a relationship that began when she was underage and they also have a 10 year age difference

Frankly, it sounds to me like the Horters pimped out their daughter to Agnel, and then used that info to blackmail him for $60K. Guilty all around, and an unspeakable tragedy for the girl, from which I hope she can recover.

That is what this scandal news hearsay investigation wants you to believe.

Agnel sued for his 60,000 and won in court. Did that court case produce any blackmail documents? Was the uncle charged with blackmail? No the prosecutor did not say that was the evidence.

This makes it spund like the club pimped out a child so that they could stiff Angel… what on earth is up with these people?! Who has sex with a 13-year-old and what kind of uncle starts a ‘file’ on the incident to blackmail someone instead of going to police immediately?

It has been revealed that N is the daughter of Lionel and Marjorie Horter, both members of the club’s management, and Lionel was also Agnel’s primary coach during his time at MON.

I made a sound. An involuntary, horrified, “aaah.”

You’d think the story about the 24yo Olympian raping a 13yo is terrible enough, buuuuut it found a way.

This is awful. It boils down to bad people all around and this poor girl is the victim of quite a few different parties.

Clean house at the club, start over.

Wondering if the parents were on the dark, or looked the other way when this was going on?! Also wonder if this had anything to do with him going to nbac. What a terrible shame

I had assumed / hoped that this happened when the victim was 17 ish. Which wouldn’t excuse anything at all, obviously. But she was 13 at the time?? And people in his circles and at his club knew this was happening and did nothing????

I think 17 would’ve been legal

The law as then was that young people could give consent to sexual relationships. If she was going to his room then that does fall towards that direction

No just no going to someone’s room is NOT consent.