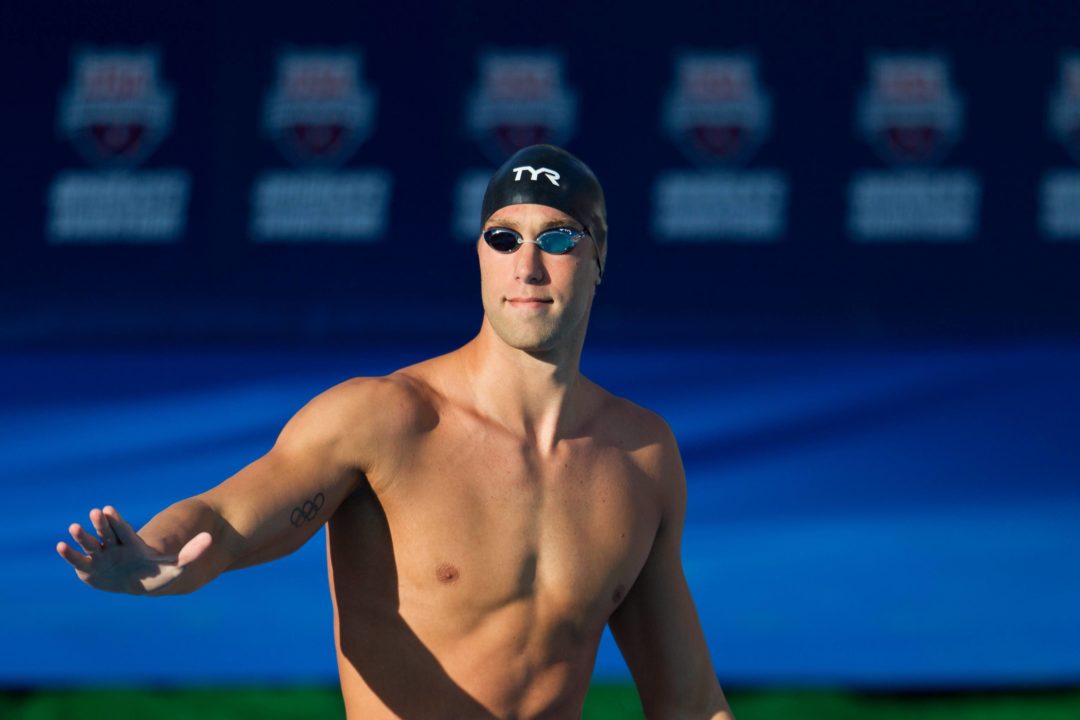 A big thanks to Sean Sullivan for leading our coverage of the Illinois High School State Championship Meet.

Prelims of the IHSA State Meet saw four state meet records go down including a pair by Stanford commit Connor Black and one each by USC bound Reed Malone and Northwestern commit Andrew Jovanovic.

Connor Black got the fast swimming going early with a 20.94 split on the fly leg of Mundelein High School’s 200 medley relay, the first swimmer to split under 21 seconds in Illinois history.  From there he kept it going with a 19.80 in the 50 free to break Matt Grevers’ 2003 meet record by .03.  He would later set another state record, this time in the 100 fly in a time of 47.20, almost a full second under the previous state record.

In the second of Black’s two individual swims he was able to take the top seed ahead of two time defending state champion in the 100 fly, Andrew Jovanovic, of Loyola Academy who finished in a time of 47.81, also under the old state record.  Jovanovic turned out a state record of his own in the 100 backstroke, in a time of 48.21 a full half-second under Matt Grevers’ last remaining state meet record.  Jovanovic  would also lead off the Ramblers 200 free relay in a time of 20.5 helping them to a 6th place prelims time and he would anchor the 400 free relay with a 43.69 as a part of another 6th place relay.

Not to be left out, New Trier’s Reed Malone took down a state record of his own in a time of 1:35.60, well under the old state record and 3 seconds clear of the field.  He would also cruise to a top seed in the 500 free in a time of 4:21.09.  Immediately after the 500 free, with no cool-down pool, Malone took part in the 3rd seeded 200 free relay for New Trier, anchoring with a time of 20.89.  And then once more on the top seeded 400 free relay that finished with a time of 3:03.90 with Michigan commit Jack Mangan, a member of the national record-setting relay from last year, as well as Brian Walsh and junior Jae Park.

Other notable swims from the meet included the top seeded Trevians in the medley relay with a time of 1:32.09, again with Jack Mangan, Jae Park, Brian Walsh, and David Schriesheim.  Matt Conway of Warren Township High School, a future UNC Tar Heel, swam to a 2nd seeded 200 free in 1:38.87 and a 3rd seeded 49.23 in the 100 fly.

The meet is being held at New Trier High School where finals are scheduled to begin at 1:00 CST.

Live stream starting at 1 on ihsa.tv

I’m not from IL and have no rooting interest, but I think a meet of this caliber deserves to be held in a decent facility with a warmdown pool.

KCswimJK…the two pools make the IL meet what it is…swam in both pools in HS…and I have never been to a pool with a better atmosphere!!

I made all four trips to the state meet back in the day. The atmosphere may be great and all, but both places are absolute dumps. The pools are beyond ancient and not designed for fast swimming, and neither facility is capable of handling the demand of this meet. It’s a nightmare for spectators and it’s even worse to be on deck.
The fact that these swimmers can throw down such impressive times in such a dump is amazing. Imagine if they were in Indiana at IUPUI or in Minnesota at the UofM. I doubt we’ll ever see the pool change though. IHSA seems to think swimming is second rate and is too full of politics to change anything.

You wonder how much faster these talented kids would swim if they held the meet in a modern pool , not one built 60+ years ago. I like tradition, but maybe it’s time to change.