Hybrid Freestyle Technique: Who Should Use It And When? 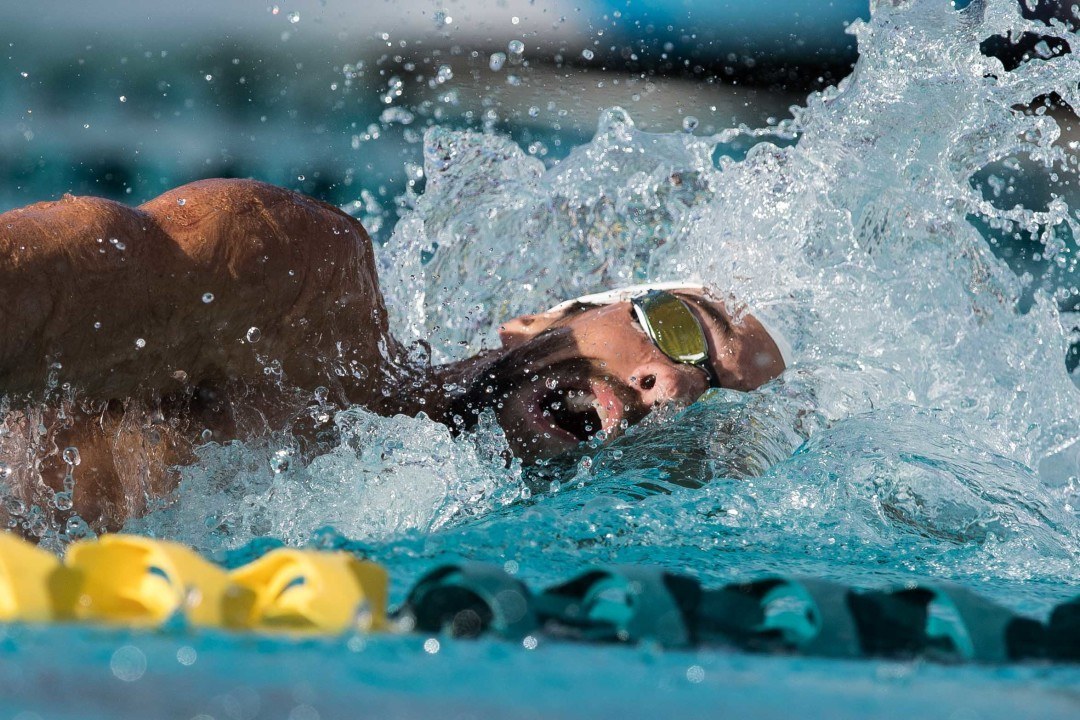 Michael Phelps, Ryan Lochte, Katie Ledecky and Jason Lezak are among the names who have utilized this freestyle technique. Archive photo via Mike Lewis/Ola Vista Photography

This camp will focus on perfecting all aspects of breaststroke, from setting a great streamline, correct body position and finding your personal rhythm

The Hybrid freestyle technique, also known as the loping or galloping freestyle, is a technique that has been used by some of the most recognized names in swimming; Michael Phelps, Ryan Lochte, Katie Ledecky and Jason Lezak, just to name a few.

The first swimmer that I recall using a Hybrid freestyle technique was Matt Biondi, who dominated the 100 and 200 freestyle events of the late 1980’s. His long powerful freestyle stroke, coupled with a strong kick, helped propel him to world record times. He would come down faster with his recovering arm after the breath and surge forward with his head underwater to achieve great speeds.

Since Matt, many swimmers have adopted this same technique of using two different arm recovery rates with the breathing and non-breathing sides. After the breath, the swimmer’s arm is driven aggressively to the water and hyperextended forward, similar to a Hip-driven freestyle. On the non-breath side, the arm recovers more slowly, but then the hand immediately presses downward after the entry, similar to a Shoulder-driven freestyle technique. Thus, the name Hybrid freestyle.

One thing that all fast Hybrid freestylers have in common is a strong kick. Therefore, if your kick is not strong, it may not be the best freestyle technique for you to use. The strong kick provides for more constant propulsion and really helps surge the swimmer forward, particularly after the breath.

Many Hybrid freestylers do not develop this technique until later in their careers, as their kick becomes stronger. Katie Ledecky is a good example of a swimmer that converted to a Hybrid freestyle prior to the Olympic Games in London at the age of 15 years, where she won the 800 meter freestyle. Prior to that, she used a Shoulder-driven freestyle with a two-beat kick. However, I have seen some young age-group swimmers adopt the Hybrid freestyle well and become very effective at using it.

If you feel your kick is good or has the potential to become strong and you want to learn the Hybrid freestyle technique, we recommend using fins to start with to increase your kicking propulsion. Watch the two important Hybrid drills (video) that we feature in our webisode video series on the Three Styles of Freestyle. Then, once you have become more comfortable practicing the Hybrid freestyle with a stroke rate of around 75-85 per minute, consider using it in your 200 meter freestyle races first. Even sprinter Caeleb Dressel uses a Hybrid freestyle technique in his 200 meter freestyle.

As you become more adept at using Hybrid freestyle, you can consider increasing the stroke rate to 86-90 or above and adopting that technique for the 100 freestyle.  Remember that for Hybrid freestyle to work well in the 100 meter event, the kick must be also be stronger.