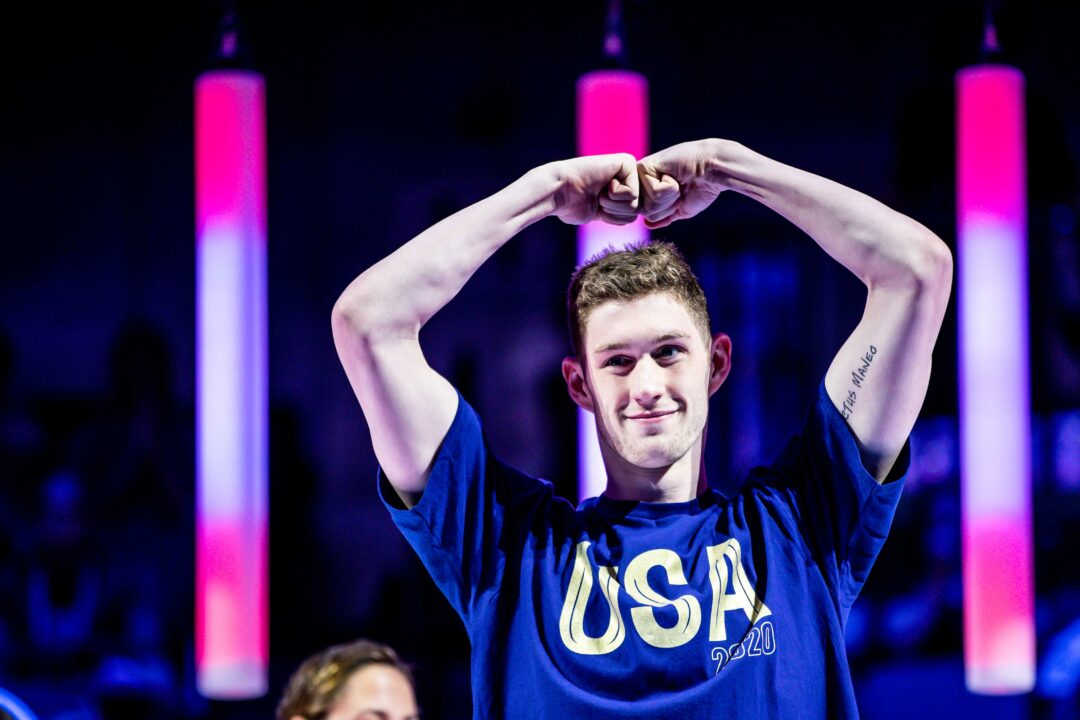 Armstrong is a self-titled "late bloomer" and until high school would often be last in practice, getting beat by male and female teammates alike Current photo via Jack Spitser/Spitser Photography

One of USA’s newest Olympians from last week’s trials was Hunter Armstrong, the 20-year-old Ohio native who swims for Ohio State. Armstrong is a self-titled “late bloomer” and until high school would often be last in practice, getting beat by male and female teammates alike. Armstrong talks about his journey through this stage and eventually reaching the next level, his motivation being getting to go to a training trip with his team in Florida (Video from 2019 Summer Jr Nationals)

Since then, Armstrong’s star has continued to rise, swimming well for West Virginia his freshman season, then transferring to Ohio State to be closer to home and having continued success during the NCAA season his sophomore year (2020-2021). During long course season of this year, he went to the pro swim in Indianapolis and dropped a 53.7 100m back, a PR by 1 second. Armstrong came into the 2021 US Olympic trials with a ton of momentum and it paid off, making the 2021 Olympic team by touching 2nd in the 100 back with a huge personal best of 52.4.

This is a great story that kind of fell under the radar! Congrats to Hunter and his coaches and programs at Ohio State and Canton City. He had fantastic coaches in Mike Davidson (CCS) and Matt Bowe (OSU) that both did a great job. Way to rise to the occasion, Hunter!

What a legend, one of the nicest guys you’ll ever meet on the pool deck

Last edited 1 year ago by Backstroke Bros
4
-1
Reply
Wow- Who was that?

I think we just saw him dressed head to toe Arena gear in Washington Dulles airport!

Chasing Phelps 8 golds. If not this year then look out Paris’24

One of the best names for a swimmer.

What a well-spoken and articulate young man! Good luck in Tokyo.

I agree with the other commenters who say: “Let Hunter be Hunter,” and not another “Dean Farris meme.”