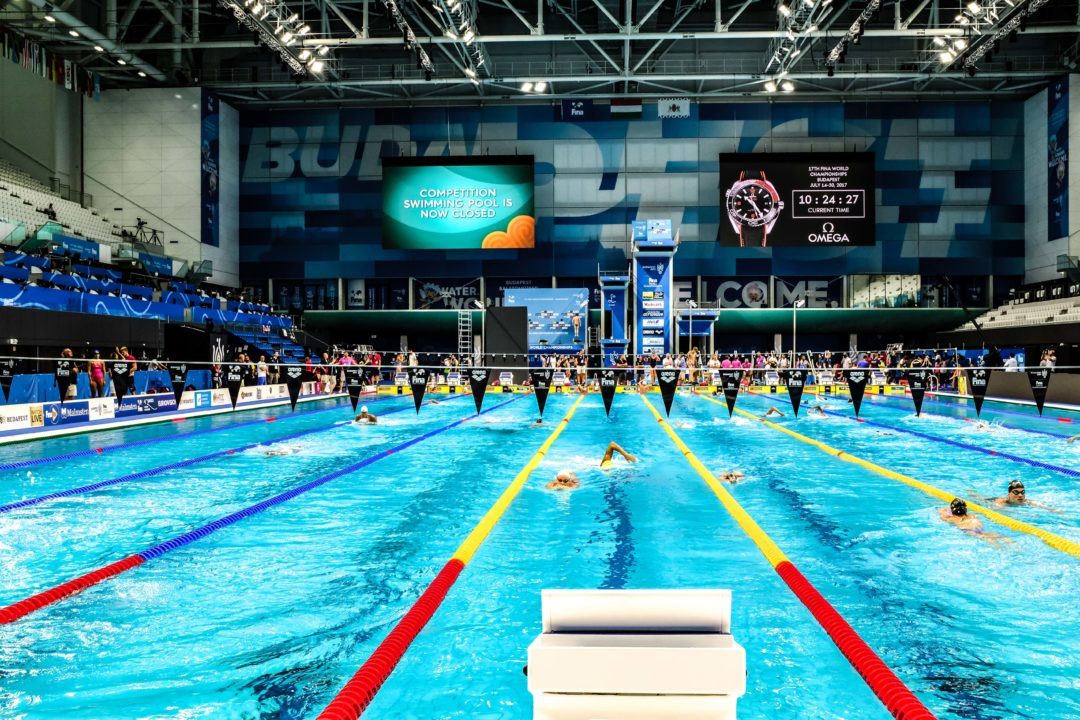 While competing day 1 of the 2021 European Championships in her home nation of Hungary, 17-year-old Viktoria Mihalyvari made her presence known in a big way en route to the women’s 400m IM podium.

The teen already knocked out big-time players Boglarka Kapas and Zsuzsanna Jakabos in the heats of this event, as only the top two swimmers from each nation advance from the heats. Mihalyvari paired with Hosszu to make a run for a possible 1-2 Hungarian medal situation in tonight’s final.

And they indeed accomplished the feat, with Hosszu grabbing gold in 4:34.76 while Mihalyvari actually tied British Olympian Aimee Willmott for silver with a time of 4:36.81.

For Mihalyvari, tonight’s outing represents a monster personal best. This morning was her career-quickest in 4:38.07, a time which represented her first outing ever under the 4:40 threshold. Her personal best entering this elite competition had rested at the 4:40.65 she notched in November 2020.

However, tonight in Budapest, Mihalyvari introduced herself to the world, reaping silver in her mighty 4:36.18, just .01 outside of Hungary’s national record holder for 17-year-olds Eva Risztov’s 4:36.17.

Hosszu now ranks as #2 in the world only behind Australia’s Kaylee McKeown while Mihalyvari ranks 8th in the world this season.

Hosszu and Mihalyvari now make it 17 total medals the nation of Hungary has won in this event since 1962, overtaking GDR as holding the most medals for a nation ever in this event.

Hosszu looked very happy to finish this race first. It looked like not much energy left. Her last 50 was slower by more than 1sec than Mihalyvary had. It was actually the fourth in this race.

However, tonight in Budapest, Mihalyvari introduced herself to the world, reaping silver in her mighty 4:36.18, just .01 outside of Hungary’s national record holder for 17-year-olds Eva Risztov’s 4:36.17.