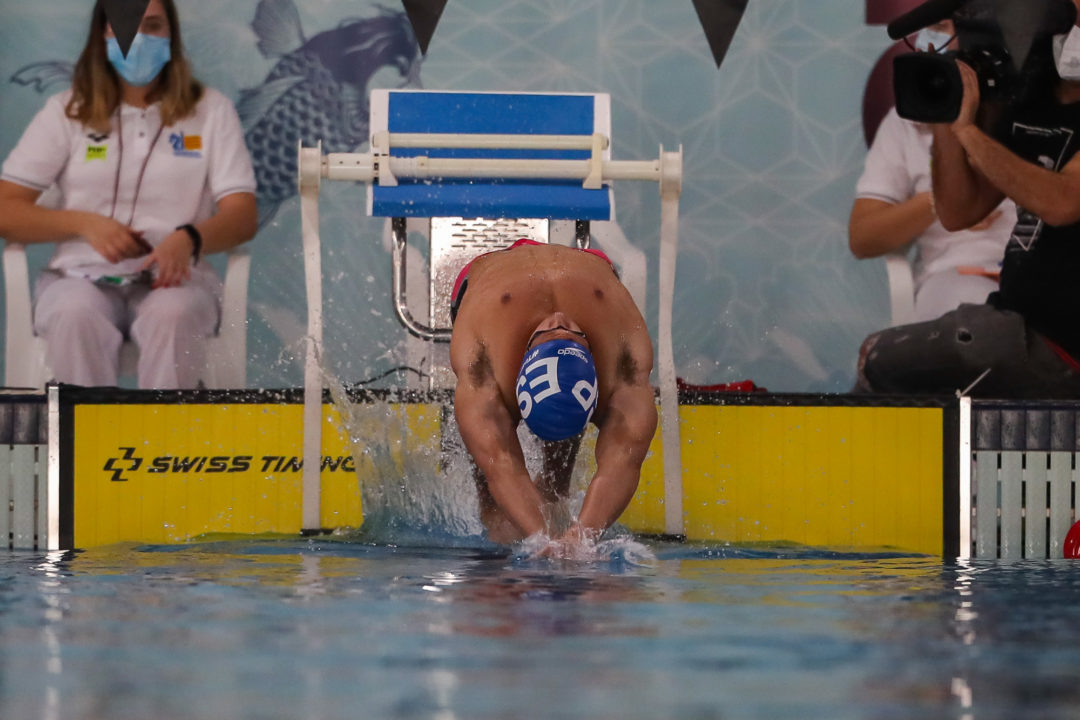 2016 Spanish Olympian Hugo Gonzalez has broken the Spanish Record in the 50 meter backstroke. That's his first senior National Record in a backstroke race. Archive photo via Iván Terrón for RFEN

Hugo Gonzalez, once a World Junior Champion in the 200 back, continued his long course transition to the spring backstrokes on Tuesday with a new Spanish Record in the 50 meter distance.

The 22-year old who trains in the U.S. at the University of California, Berkeley, finished 3rd in the final in Budapest, swimming a 24.47. The result, behind Kliment Kolesnikov’s World Record of 23.80, is the biggest senior international result of his career so far.

Gonzalez’s time shaves .01 seconds off the prior record of 24.48 that was set by two-time Olympian and two-time European Champion Aschwin Wildeboer in 2009. Wildeboer still owns the Spanish Records in the 100 and 200 backstrokes in long course, as well as all three backstroke races in short course.

Gonzalez’s previous best time was a 25.08 done in Castellon in December at the Spanish Club Championships.

While Gonzalez’s best hope at a final in Tokyo remains the 200 IM, his sprint backstrokes have been improving at a more rapid clip than his more typical endurance races. His World Junior Championship win of 1:56.69 in the 200 back from 2017 remains his best time, while he’s more recently been lowering both his 50 and 100 back (53.68) marks.

When you use pronouns like vosotros instead of ellos, you’re bound to break a Spanish national record. Love it. Absolutely, unequivocally, love it