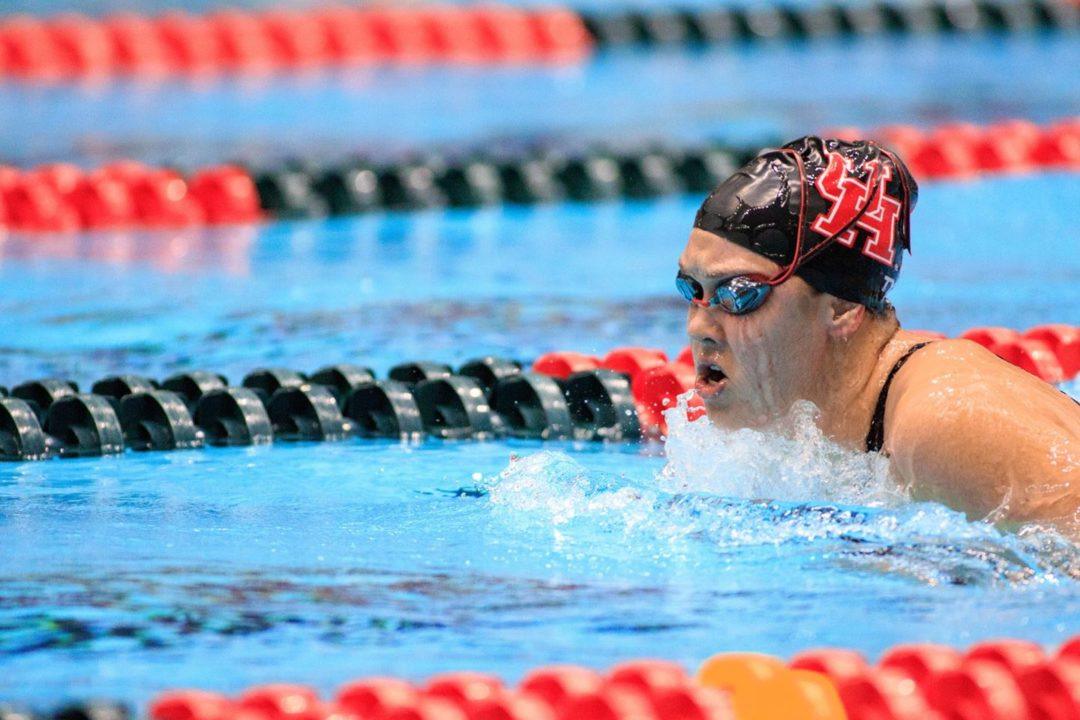 The University of Houston Swimming & Diving team welcomes Tulane to the Campus Recreation and Wellness Center for its home opener at 10 a.m. Thursday. Current photo via Houston Athletics

HOUSTON – The University of Houston Swimming & Diving team will return to home to the Campus Recreation & Wellness Center for its home opener against Tulane at 10 a.m. on Thursday.

The Cougars are fresh off a pair of road wins in San Antonio after knocking off Incarnate Word and UT-Permian Basin in their season opener. Houston secured seven first-place individual finishes and swept the relays, as both Kathryn Power and Samantha Medlin each posted a pair of top-three finishes. On the boards, the Cougars won both the 1-meter and 3-meter, sweeping the 3-meter springboard after securing each of the top-five spots.

Houston will remain in Houston as the swimmers’ head across town to Rice for the Rice Invitational and the divers host the Houston Diving Invitational on Oct. 11-12.