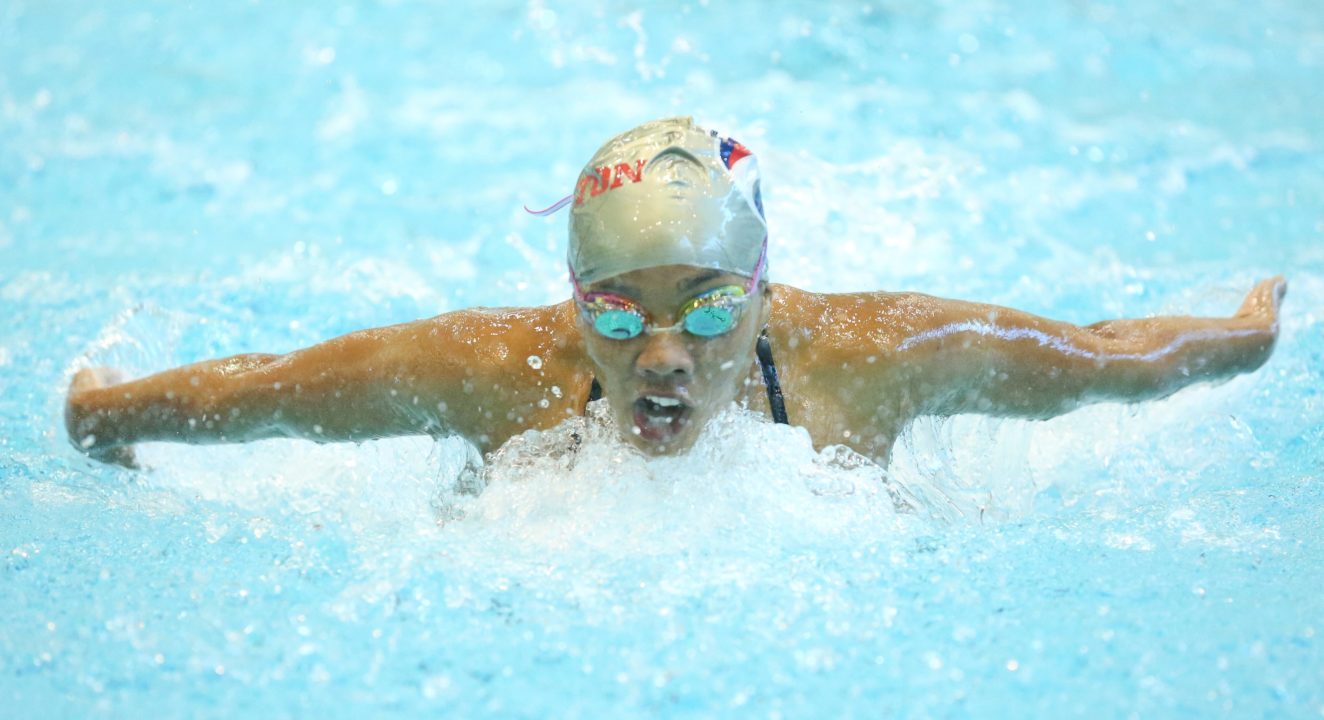 “This great meet offers us a chance to honor Coach Hansel's legacy and allows the swimmers and divers to compete against a blend of familiar faces and new faces with several out-of-town competitors coming to town to race in our outstanding facility,” said head swimming coach Rich Murphy. Current photo via Stephen Pinchback / UH Athletics

The three-day meet begins each day with a morning preliminary session at 10 a.m. and diving prelims starting at 11 a.m.Following a break, the teams will head back to the pool at 6 p.m. Thursday-Friday and at 5 p.m. on Saturday for the swimming finals. Diving finals begin at 5 p.m. on Thursday and Friday with Saturday’s combined platform finals beginning at noon.

The Invitational is the Cougars largest event of the fall season and will feature 21 events with 13 individual races, five relays and completion across all three diving boards. The meet offers Houston a preview of a conference championship environment with multiple teams and scoring following a championship format.

“This great meet offers us a chance to honor Coach Hansel’s legacy and allows the swimmers and divers to compete against a blend of familiar faces and new faces with several out-of-town competitors coming to town to race in our outstanding facility,” said head swimming coach Rich Murphy.

“We are pursuing season best times in this competition on both and individual and team (relays) perspective. The support the team has shown for one another and their pride in being part of UH should shine through. I’d like to thank our volunteers, officials, and fans in advance for their support this weekend.”

Under first-year head swimming coach Rich Murphy, Houston is 2-0 in dual meets this year topping North Texas (128-109) and SMU (158-141) to begin the month of November. This meet concludes the fall completion portion of the schedule.

This weekend’s meet is named in honor of former UH swimming and diving head coach Phill Hansel. Hansel, considered the Father of Cougar Swimming and Diving, led the Cougars from 1975 to 1996, racking up 70 dual-meet victories, a school record that still stands. He helped UH finish in the Top-20 ten times at the AIAW and NCAA Championships.

Hansel also had an impressive resume at the international level, serving as the manager of the 1992 U.S. Olympics teams and working with the Singapore teams at the 1984 and 1988 Olympics

This meet wraps up Houston’s fall competition schedule with the next meet at Evansville, Ind. on Jan. 10.