Hosting 2017 Worlds a “Possibility” for Australia 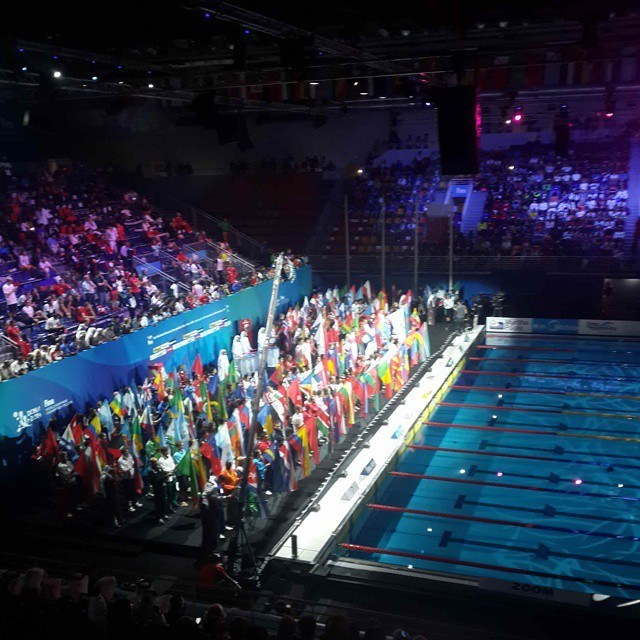 With Guadalajara, Mexico now out of the picture as host of the 2017 FINA World Championships, who will now host the event, just two years away? Archive photo via FINA Live Stream

As reported earlier this week, Mexico has withdrawn itself as host of the 2017 World Swimming Championships, citing poor economic conditions tied to falling oil prices. Although still considered a stunning move, the country was warned by FINA late last year that an expense committee must be formed, among other conditions, or the host city of Guadalajara would be at risk of losing the competition.  Mexico opted instead to pay a $5 million withdrawal fine.

In reaction to the announcement, this week in a Chicago Tribune interview, USA Executive Director Chuck Wielgus is quoted as saying “We would love to host a long course world championships in the United States, but the economic requirements make it impossible for us to seriously consider.”

So, where does leave us two years out from the event?  Quite possibly Australia.  The country did host the 1991, 1998 and 2007 World Championships and, although has said it is unlikely to bid for 2017, the country has not entirely ruled out the notion.  Swimming Australia’s statement to Reuters this week was that, “It is unlikely given the required investment required by many partners to deliver an event of this magnitude successfully and the relatively short time frame.” BUT….the statement continues that Australia “would be open to having discussions with FINA should there be interest in Australia stepping in to assist.”

FINA has made no announcements as of yet on the replacement country, although speculation has been aimed at Qatar, the oil-rich nation, which hosted 2014’s Short Course World Championships in its city of Doha.

I wonder which Australian city they’d go with. Sydney – they have the Sydney Olympic Pool, which is in need of an upgrade for an international event. The pool has hosted the Australian Championships on numerous occasions, including the 2015 World Champ selection trials. Melbourne – do they do something similar to what they did in 2007 and have a temporary pool at Rod Laver Arena? Melbourne Sports and Aquatic Centre (hosted 2006 Comm Games) needs extra seating and is an outdoor pool. Gold Coast – new outdoor pool built for 2014 Pan Pacs and 2018 Comm Games. In 2017, it’ll be a good tester for some swimmers before 2018 Comm Games. Adelaide – new indoor pool. Has hosted Olympic… Read more »

Although, to be honest,Chandler could use a facelift.

Firstly I do not think there is the public , private enterprise or govt funding available. We are going to be sported out after Rio & ‘ WTH how many competitions do these people need?’ Secondly it will have to be in March 2017 or nov 2017 .the latter way too soon for any different result than Rio & Nov too close to the CommGames in March 2018 . There are only so many volunteers , so much interest & domestic sport tourist dollars which the private financiers want spent at the Comm games . It might be possible if the disciplines were split between cities .eg Pool swimming – Hobart .( because it is always left off maps) .… Read more »