Horton and Paltrinieri Take Their Training to New Heights Together 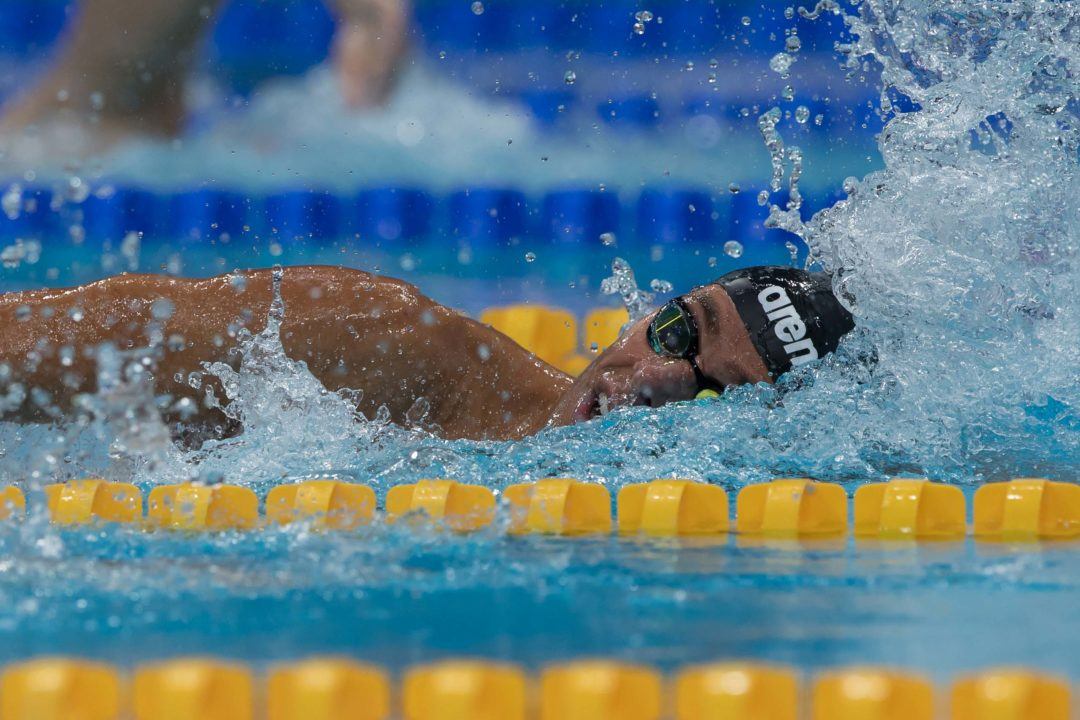 In September Italian Gregorio Paltrinieri decided to make a temporary move to Melbourne giving him the opportunity to train with rival and close friend Mack Horton... Current photo via Mike Lewis/Ola Vista Photography 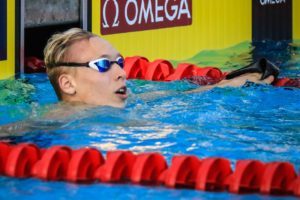 Over the past few years Australian Mack Horton and Italian Gregorio Paltrinieri have gone head to head for the top prize in the 1500 freestyle at some of the biggest competitions in the swimming world.

Although Horton has a focus on the 400 freestyle, winning gold at the 2016 Olympics, he still has the goal of challenging Paltrinieri for the top spot on the podium in the longer event. At the 2017 World Championships the Italian won the 1500 while the Aussie collected the bronze.

When competitors face off against each other on a consistent basis quite often they either become bitter rivals or close friends. Horton and Paltrinieri have formed a strong bond, which takes nothing away from the extreme competitive nature of both individuals.

“They have a lot of shared interests,” says Horton’s longtime coach Craig Jackson told SwimSwam. “At the end of the day they both have the attitude that the best man will win.”

“It doesn’t matter that they are working against each other. They smash each other up and down the pool, but as soon as they step out of the water they are best mates again.”

“It is a great dynamic to have.”

In September Paltrinieri decided to make a temporary move to Melbourne giving him the opportunity to train with Horton and Jackson. The move was predicated by the Italian’s desire to have a new training stimulus and his friendship with his foe.

“His whole reason for coming out is that he wanted to try something different, which I think is great. It is something that we would like to do with Mack as well and have done in the past.”

“I think sometimes that a little bit of change, even if it is not a permanent one, gives you a little stimulus to try to take another step forward. If you try doing the same thing over and over again you tend to get into a rut.”

This change has not only helped Paltrinieri, but it has given Jackson’s group a very positive infusion of energy, “We have a fairly small group and it adds a change in dynamic.”

He relates it to taking his group on training camps, “When you go on a training camp it is a change of scenery, which brings a change in the attitude towards training.”

“(With Greg) it changes the dynamic. It is something that we have embraced.”

Because Horton trains for both the 400 and 1500 freestyle while Paltrinieri’s primary focus is the longer event there are a lot of differences in their training. One of the biggest being the overall mileage of the program, “Our program is quite different, especially with the mileage he was going in Italy.”

One of the biggest differences for Horton is that he has never had a training partner to push him on his distance sets, which is something that Paletrini is doing, “There has always been a couple of athletes that can push Mack on 200 work and 400 work, but not on the over-distance sets.

When elite athletes train together on a regular basis the consistent competition has the potential to wear them down both physically and mentally. One of the skills of a great coach is the ability to manage this type of a situation which is something that Jackson has shown he is very skilled at, “When you have swimmers pushing each other like that in the type of work that we are doing they have had ups and downs through it.”

“At the same time there has been some really impressive work from both of them.”

Although both men are very similar in how they approach their training and life outside of the water they are very, very different swimmers.

This is another big challenge for Jackson heading into the next cycle of training. For Horton there is an expectation that he will be more precise especially when it comes to stroke counts. For Paltrinieri the expectation will be different.

“My expectation is there should be a shift Mack’s execution in terms of stroke counts and stroke rates are reinforced.”

“For Greg there is no point in doing any major shifts because it works for him. I think if you try to mess with that right now there isn’t much of a benefit. You can improve on his efficiency and his hold on the water, but I think the way he swims has worked for him. So it is just giving him a few more skills to help him move forward.”

“You look at him physically and he sits really high in the water. If I try to get Mack to ride up around where Greg does, at a 44-46 stroke rate in a 1500 he would be spent before he finished the first 100.”

“It is interesting to see the different strokes.”

To this point the results of this experiment are unknown and will be determined this summer when Horton goes for gold at the Commonwealth Games and Pan Pacific Championships while Paltrinieri aims for the win at the European Championships. Up until this point having the two in the same training environment has proven to be a positive for both athletes.

By training together, I think Horton has more to gain than Paltrinieri. Horton is already good in the 400, so he’ll be looking to improve his 800 and 1500. Whether he can improve enough to beat Paltrinieri will be interesting to watch.

The great assets of Paltrinieri are the natural lightness in the water and a great engine which explains his unique aerobic power.
So natural gifts.
And then, true, he is very competitive in training (he and Detti have been competing for years in every training set, day by day), but it’s his resilience (recovery capability) that makes possible those great workloads made in Ostia with coach Morini at least from 2012 (and this type of training will start again after this experimental period).
Paltrinieri and Horton are very different swimmers, so it’s very uncertain that, apart the mutual stimulus during training, every change will be productive for one or the other.

When they say 44-46 stroke rate, is that in strokes per minute? That seems the most logical. (as oppose to .44-.46 seconds per stroke). Just curious, interesting detail to know. Thanks!

That is likely strokes per length (50m)

it is 44-46 strokes(cycles)/minute… we use it heavily here in Canada whereas some countries (US being the largest) use a cycle time rating (ie: .46 seconds/cycle)

Paltrinieri‘s freestyle is strange. I would not teach anyone to swim that way. Clearly it works incredibly well for him. But how can anyone swim that fast while violating fundamental rules of freestyle? He crosses his feet when his body rotates, severely truncating his kick – but he hardly kicks anyway. He slings his left arms around his body, possibly causing his body to go off line with every stroke.

Or do I just need to broaden my mind?

He’s the fastest distance swimmer on the planet. You need to broaden your mind.

He does all that, but he also rides higher on the water than anyone else which creates less form drag, and he’s able to maintain that tempo for a really long time.

What I’ve come to realize about swimming after being a swimmer for almost 20 years is that it’s a sport of exceptions to the rule.
Average swimmers are taught “proper” technique, body alignment and so forth, but then you see so many of the world’s elite swimmers doing something completely different and you just think to yourself “How on earth does he/she swim that fast woth that technique?”
I hope this makes sense xD