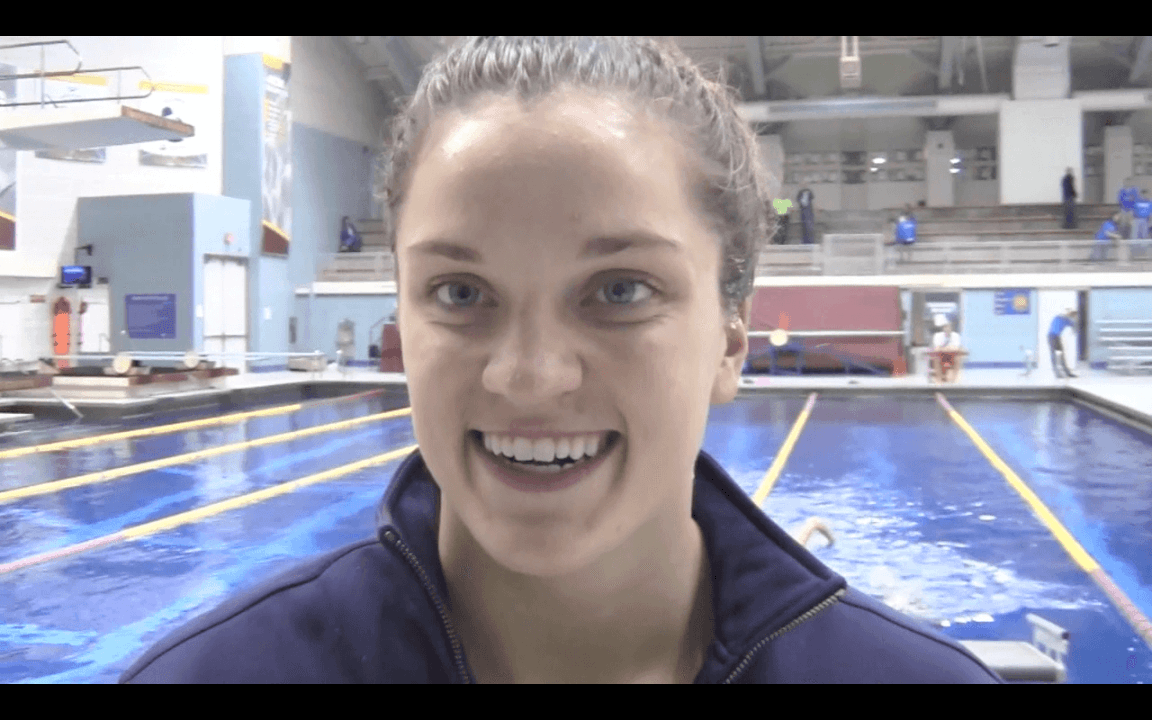 Albert Lea senior Lindsey Horejsi came up with a blowout swim in the 100 breast, setting a new national high school record, and fast-rising senior Abbie Dolan took down an individual state record while winning 4 races to lead Visitation to a repeat state title.

Minnesota’s Class A is for the state’s smaller schools, but the fireworks were plenty big at the 2015 Class A State Championships.

Albert Lea senior Lindsey Horejsi came up with a blowout swim in the 100 breast, setting a new national high school record, and fast-rising senior Abbie Dolan took down an individual state record while winning 4 races to lead Visitation to a repeat state title.

Both Horejsi and Dolan set their records in prelims. Horejsi grabbed the national headlines, barreling to a 58.56 in the 100 breast for the fastest swim in American high school history. Horejsi was just a tick off that in finals, going 58.66, but still won the event in a landslide. Her prelims time stands up as the all-time state record and the Class A record in addition to the national mark.

Both girls won two individual races. Horejsi showed off her freestyle speed, winning the 50 free in a Class A state record time of 22.79. Maybe her most impressive swim of the day, though, (perhaps even rivaling that insane 100 breast) was her 200 medley relay split: Horejsi was 26.25 on the breaststroke leg – faster than every swimmer in last year’s NCAA final.

That leg outsplit the rest of the breaststroke field by 2.6 seconds and helped Albert Lea break the Class A state record in the relay. Bailey Sandon (28.63 back), Ahnika Jensen (25.57 fly) and Anna Andersen (23.16 free) helped the team go 1:43.61 to take a full second off the class A state mark they set a year ago.

Horejsi – the #10 recruit nation-wide – will stay in-state next year, joining the Minnesota Golden Gophers and their dominant breaststroke group.

Dolan won four events in total. In addition to the 200 free, she went 49.62 to win the 100 free, barely missing her own Class A state record and the all-time state record set by current Gopher Zoe Avestruz last year.

Dolan, who has been a fast-riser over the past couple years, has committed to swim for Notre Dame next year.