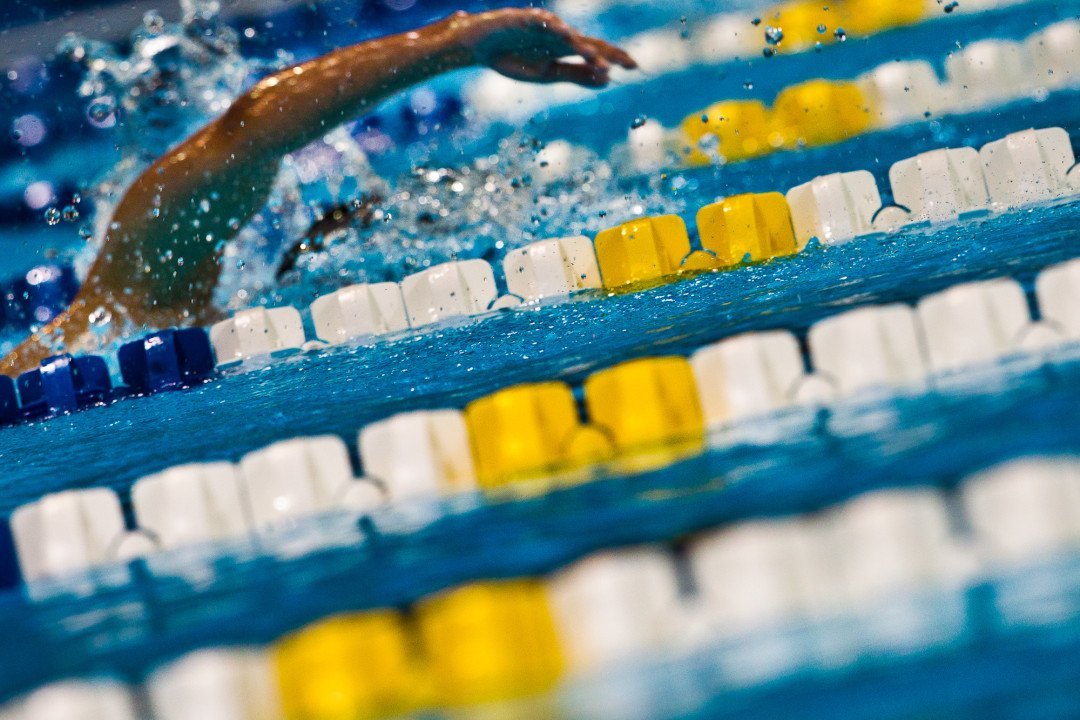 Connor Hoppe has broken his own section record in prelims at the Sac-Joaquin Section Championships. Stock photo via Tim Binning/TheSwimPictures.com

Connor Hoppe wasn’t sure until Monday as to whether or not he’d be allowed to swim at the Sac Joaquin Section Championships in California, and now he’s making the most of his second chance.

Hoppe took the top seed and broke his own section record, set last year, in the 100 breaststroke prelims with a 53.63. That put him three seconds ahead of fellow senior Jonathan Pun, the second-fastest swimmer in prelims in 56.33.

Hoppe was one of a handful of very impressive swims in a section that is shoving its way into greater focus in California’s crowded high school scene with a handful of years of great success and continually-improving depth.

Granite Bay senior Kevin Wylder made a huge improvement in his recruiting stock by improving his best time in the 50 free by half-a-second in 20.14. That’s also a new Section Record, breaking Jake Allen’s 2007 section record. Keegan Shuping is 2nd in 20.58, and Hoppe is 3rd in 20.77.

Deaflympic champion and World Record holder Matthew Klotz got under the key 50 second barrier for the first time in the 100 yard backstroke, going a 49.85 for the top seed in that race: leading three seniors and a freshman Tucker Fisk (51.66) to the middle-lanes for finals.

She’s been a little faster in the fly, but that backstroke swim is a lifetime best for her.