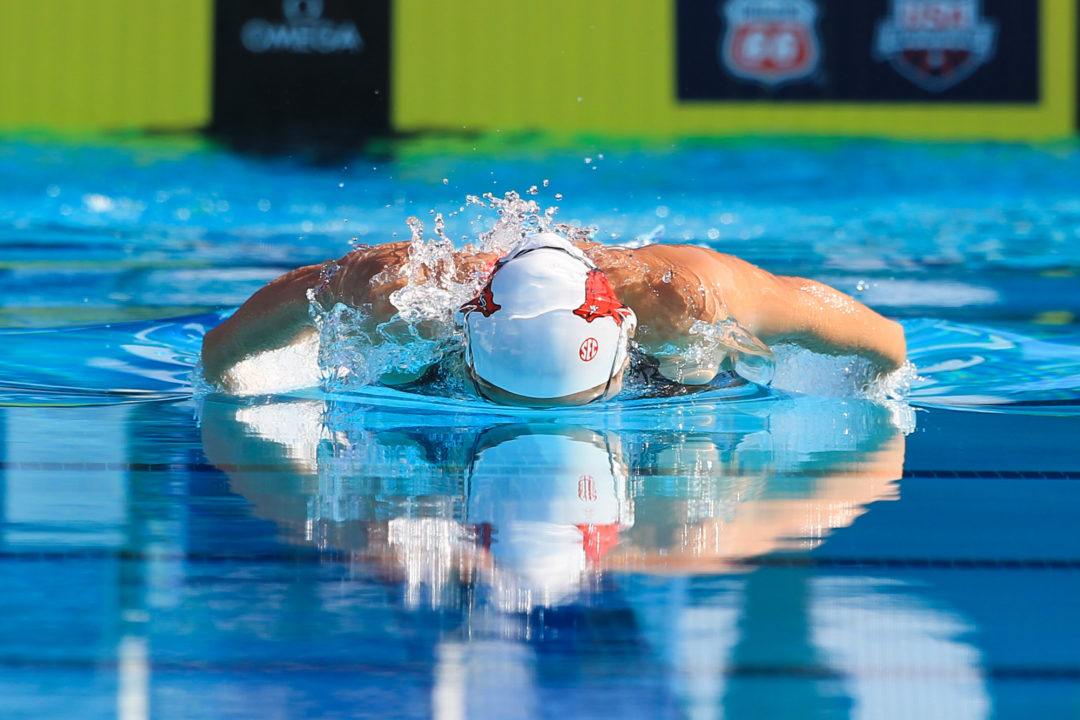 FAYETTEVILLE, Ark.- The No. 23 Arkansas swimming and diving team defeated Vanderbilt 160-45 in its final home meet of the semester Friday afternoon. With the win, the Hogs improved to 1-2 (1-2 SEC).

The Hogs will return to the pool next weekend to face No. 18 Kentucky and Missouri in Columbia, Mo.

FAYETTEVILLE, Ark. – Competing in its second SEC meet of the season, the Vanderbilt women’s swim team fell to Arkansas, 160-45.

The Dores started strong in the first event of the meet, the 400 Y medley relay, with Vanderbilt A relay Johanna Goldblatt, Elizabeth Colwell, Tonner DeBeer and Abigail Burke earning second place with a time of 3:49.92.

Kicking off individual races for the Dores, DeBeer swam a quick 24.10 in the 50 Y freestyle to earn third place in the event. She was followed by fellow freshman Colwell, who kept a steady pace in the 400 Y IM finishing the race with a time of 4:25.50 and earning a second-place finish.

DeBeer added another podium finish to her race accomplishments by taking second place in the 100 Y butterfly, defeating four Razorbacks with a time of 56.21.

In the 100 Y backstroke, senior Johanna Goldblatt stood out for the Dores, placing second with a time of 58.19.

Continuing the freshman victories, Colwell earned her second second-place finish in the 100 Y breaststroke swimming a time of 1:04.18.