Hey Yuri, What’s That On Your Face? 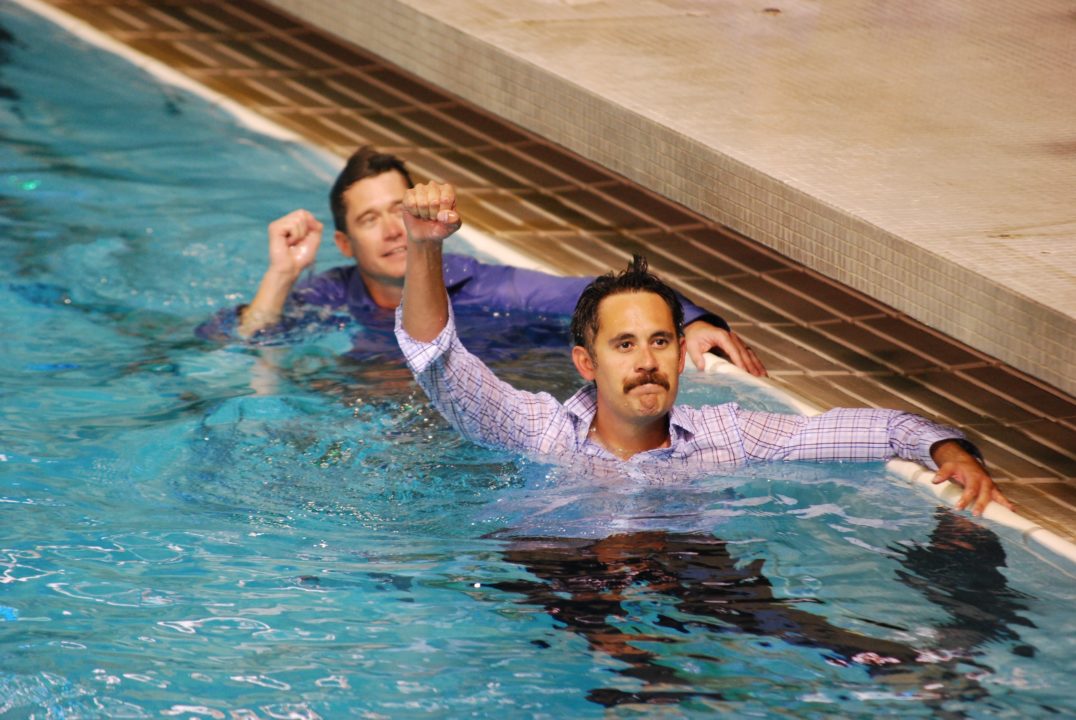 Cal's Yuri Suguiyama had a new look at the NCAA Championships this weekend in Austin. Current photo via Janna Schulze/SwimSwam.com

If you were watching the 2014 Men’s NCAA Championships this week in Austin, Texas, you may have noticed a mightily mustacheoed man walking around in Cal blue and gold on deck all weekend; but it wasn’t Mark Spitz, Rollie Fingers, or Ron Burgundy you saw. It was 2nd-year Cal assistant coach Yuri Suguiyama who was sporting that fine example of facial hair.

Here’s how the story goes. Suguiyama started his growth in November of 2013 as a part of the ‘Movember’ campaign that works to raise awareness and funds for important men’s health initiatives.

But then, he just kept going. Suguiyama blew through December, January, and February with the beard, and made it all the way through the Pac-12 Championships. The week after Pac-12’s, he shaved it down to a mustache and had his swimmers vote on whether to go with a ‘clean shave’ or to leave his lip hugger in tact.

I don’t think it will come as much surprise to our readers that they voted overwhelmingly to leave it on, and so Suguiyama wore it all the way through, onto national television, and on to a National Championship in Austin.

We talked to Suguiyama after the meet, and while he quipped that it had “grown on him,” he was hesitant to commit to the Tom Selek look as a long-term life decision.

Staches are back to stay. Keep going and don’t look back, Yuri.

Whatever he is doing with his facial hair doesn’t matter: judging by Bagshaw’s 1650, Yuri and Cal are going to get a lot more attention from 500 to 1650 guys. All of us Longhorns just hope that coach durden just keeps hiring great swim coaches to his staff and keeps forgetting about the whole diving thing.

Patrick – Now that Cal will be getting their own platform, it seems as though diving recruiting is picking up for Cal. They added Finn Scribbick in the c/o 2014 – he was 8th at Junior Nationals in 2013 on the 1 meter.

Would be big for them if they dug up a second to complete the “full swimmer.”

Not sure how feasible it is, but if you’ve spent much time in penthouses and on roofs in Berkeley, you know that at 10m there is often a clear view of the bay, downtown SF(and Oakland), the Golden Gate Bridge(burnt orange-ish heh), and the ocean. Could be pretty incredible diving at the new Cal pool. Thanks to the likes of Rick Cronk, and others, that have made the dream possible.