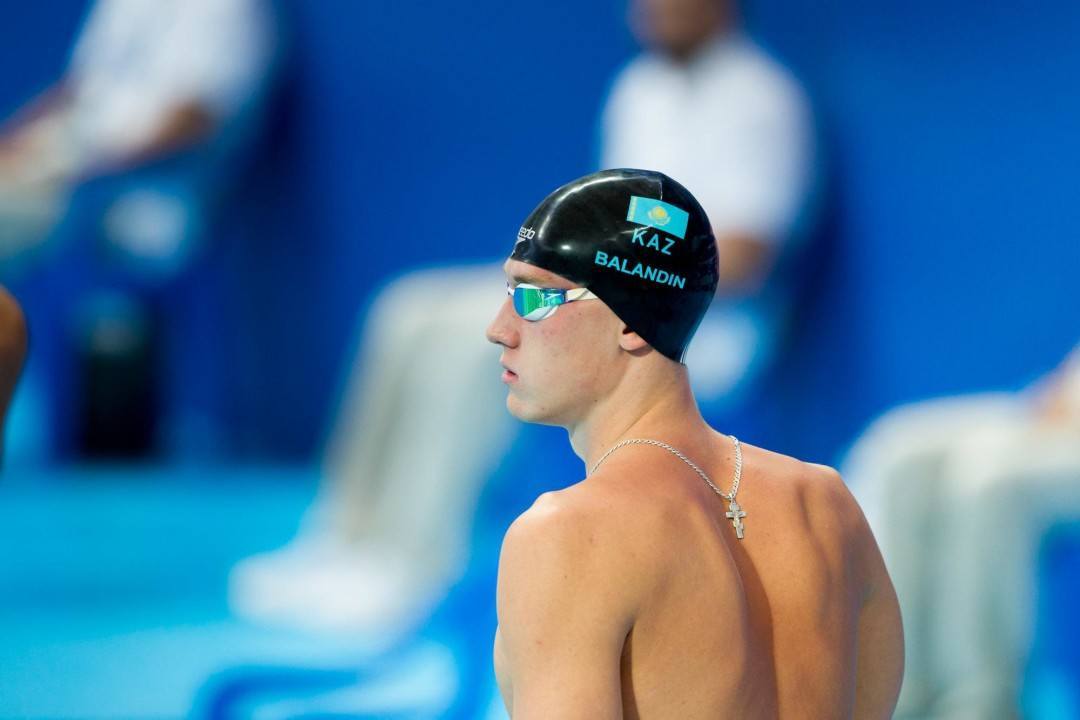 Dmitriy Balandin made his way to first place in the 200 breast at the Belarus Open this weekend. Archive photo via Tim Binning/TheSwimPictures.com

Herasimenia, who won silver medals in the 50 and 100 freestyle races at the 2012 Olympic Games, swept those same races here as well as the 50 back.

Herasimenia, who holds the world’s fastest 50 backstroke time at 27.40 from late April, posted a 27.88 this weekend to win that same event by over a full second. She was also a force on relays– she split 53.52 and 53.72 on two different relays at this meet.

Meanwhile, Kazakhstan’s Balandin competed in all three breaststroke events. He’s been relatively quiet after sweeping all breaststroke races at the 2014 Asian Games and breaking Kosuke Kitajima’s 200 breast meet record, but took home a win in the 200 breast in Belarus. He was 2:13.08, which isn’t a great time, but it’s hard to gauge exactly where swimmers are right now with just three weeks between now and the Rio Olympics.