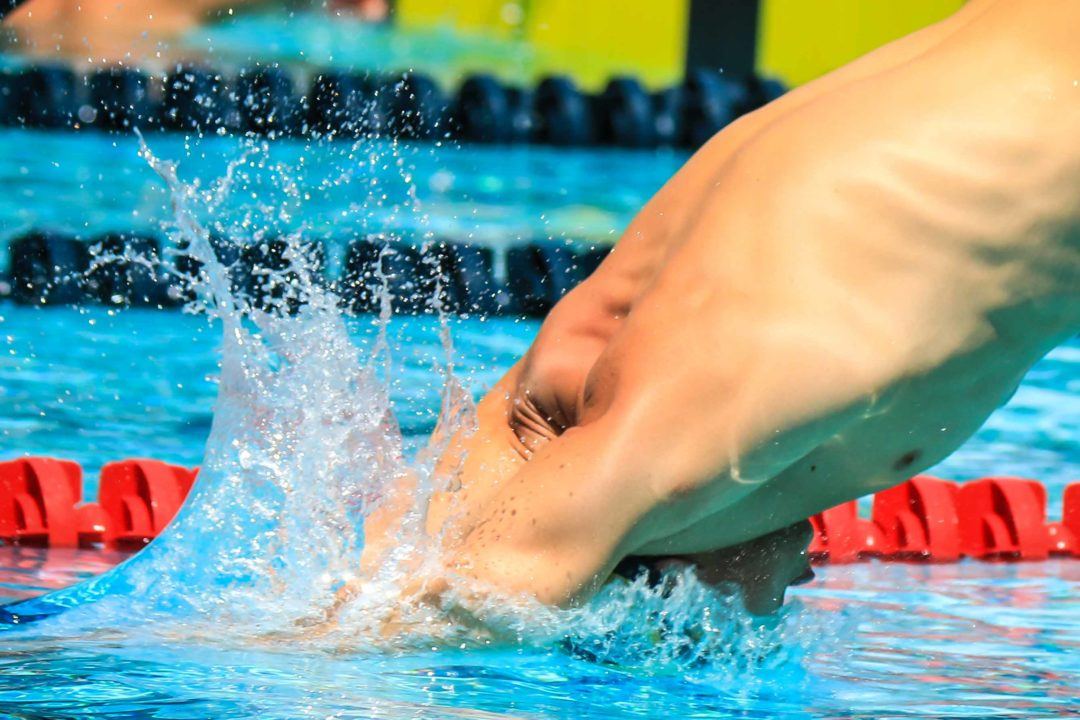 A new lifetime best for Harvard sophomore Jacob Johnson on Saturday should secure his spot at the 2020 NCAA Men's Division I Swimming & Diving Championships. Current photo via Jack Spitser/Spitser Photography

Saturday and Sunday mark the final days for men’s Division I swimmers & divers to chase qualifying times for the 2020 NCAA Championship meet. In addition to the last few conference championship meets (Pac-12, MAC) that wrap up Saturday, there are also a handful of last chance meets where swimmers are chasing cuts.

In Princeton, New Jersey on Saturday, there was only one swimmer who substantially improved his qualifying chances, and that’s sophomore Jacob Johnson in the 200 fly. Entering the meet, his season-best time of 1:43.07 ranked him 28th in the country (after inclusion of Pac-12 results). With between 26 and 30 swimmers usually invited in each men’s event, that left him squarely on the invite bubble.

But on Saturday, he swam a new lifetime best of 1:42.46, which vaults him up to 23rd in the nation and near-lock status with just a few Sunday time trial meets remaining.

While Harvard is without 2 of its star swimmers, Raphael Marcoux and Dean Farris, who have both redshirted this season to prepare for this summer’s Olympic Trials and Olympic Games, Johnson’s swim gives them a 3rd probable individual qualifier for the NCAA Championships along with Michael Zarian and Umitcan Gures. Harvard doesn’t have relays qualified for the NCAA Championship meet.

William & Mary swam a 1:17.19 in a time trial at the CAA Championships, missing the NCAA qualifying time of 1:17.17 by .02 seconds. While Hertweck was able to drop .35 seconds from his split in that time trial, the rest of the William & Mary relay couldn’t match their times to find those last few hundredths.

Wright became just the 4th mid-major swimmer ever under 19 seconds in the 50 free with his 18.98 from the CAA Championships.

William & Mary also took a shot at the 200 medley relay qualifying standard, but they were disqualified after touching in 1:15.61 in prelims, which was short of the standard anyway.

Yep! Greats swims by both teams.