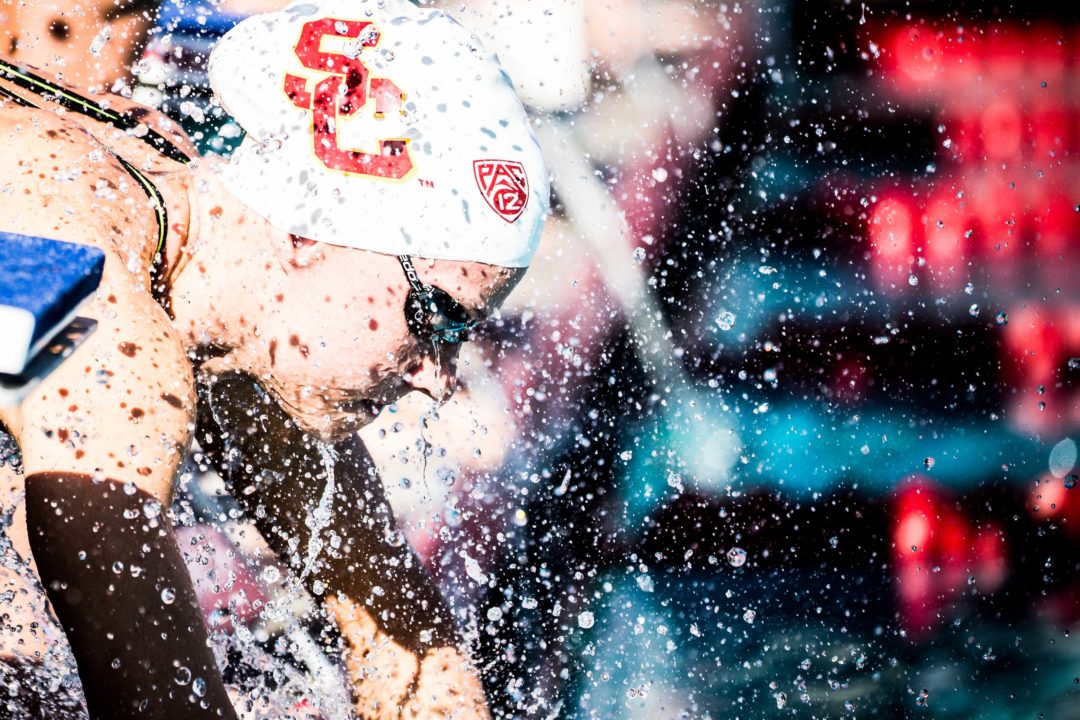 Neither swim is a career-best, but both are relatively close. Hansson was 57.10 last summer, representing Sweden at the World Championships. She’s only been sub-58 a handful of times in her career, though, and her lifetime-best heading into last summer was only 57.99.

In short course yards, Hansson is the defending NCAA champ, and holds the U.S. Open record at 49.26. She’ll try to attack the national ranks in yards tonight. Prior to this week, no one in the nation had officially been under 51, though Michigan’s Maggie MacNeil went 49.57 in an unofficial intrasquad meet. Wisconsin’s Beata Nelson just went 50.65 in another invite this morning, so she and Hansson may be swimming off for the official national lead tonight.

Casas also swam the 100 back, going 53.14 for the top spot. That’s only four tenths off his lifetime-best, and is easily the second-best swim of his career in the event. The 100 back is fast becoming a primary event for Casas after a breakout summer; he’ll look to challenge his 45.94 career-best tonight.

Another notable swim came in the 200 free, where USC sophomore Alexei Sancov was 1:48.56. Sancov was a highly-touted recruit who disappointed a little in his rookie year, missing the NCAA invite line. He’s appeared to focus in a little more on the 200-yard distance this season, specializing in the 200 IM, 200 free and 200 fly, and had a two-second drop in the IM last night. Sancov’s 200-meter free this morning was his best swim in the event since the summer of 2018, and faster than he went at Worlds last summer (1:48.60). Tonight, he’ll chase his career-best 1:32.8 in short course yards.

Other event leaders on day 2 prelims:

Shane Cassas will win a medal in 2020. You heard it here first. I think it will be a bronze in the 200 IM after Mitch Larkin and someone else

Shane Cassas? and slow down there buddy, he’s good but not that good…yet

How does Hansson hold an American record? Do you mean US Open record instead?

I love this LCM/SCY prelims/finals format. Great for seeing where you’re at in an Olympic year, and seems to be motivating some good morning swims too!

I think there will be a lot of “tired” swims on the last day though, but I agree with you especially since I don’t have to do it.