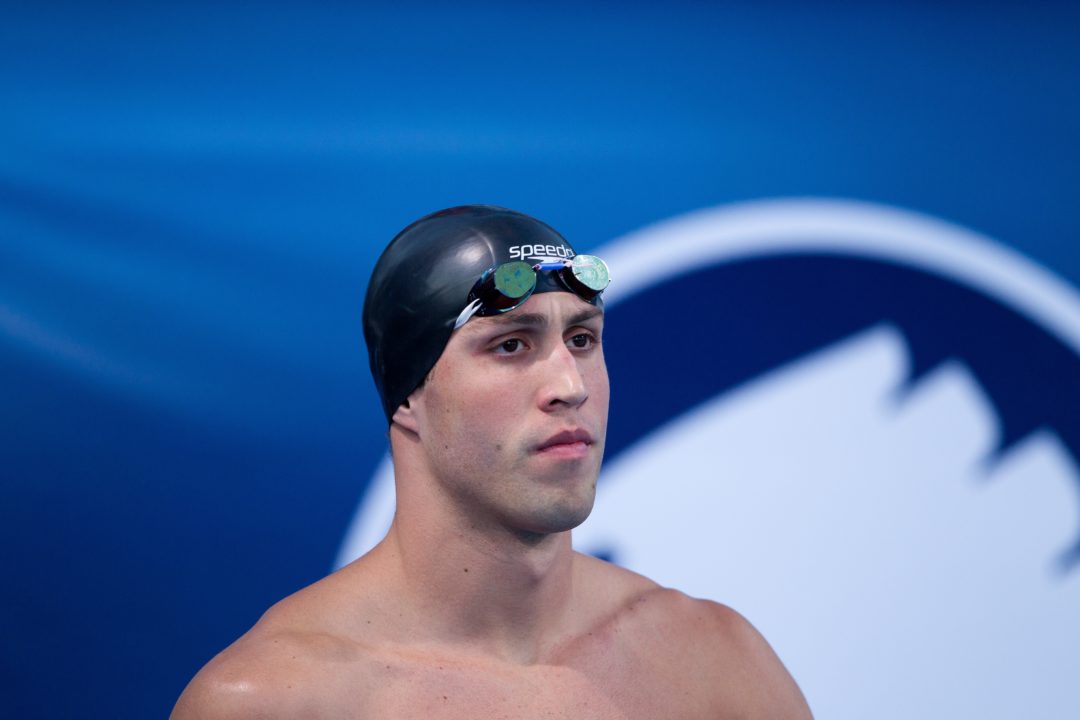 Brazilian backstroker Guilherme Guido broke a South American (and therefore Brazilian) Record this week at the Torneio Open de Natacao (Open Meet) in Guaratingueta this week, swimming a 23.18 that topped his own 23.31 swum at the Jose Finkel Trophy just a few weeks ago. With that swim, he now moves into the top-10 of all-time, specifically in a tie with China’s Xiaolei Sun for 10th.

“I came down here at about 80%,” Guido said of the meet in Portuguese. “I have not shaved and I want to further improve at Worlds. I do well here in Guara, I love swimming here and I consider this one of the best meets. If it were indoors, then it would be the best of all.”

In other news out of Brazil, sprinter Flavia Delarolli has postponed her retirement at least until she sees what happens at Short Course Worlds in Istanbul. Delarolli had planned to give one more go at the Olympics and then walking away, however a positive test at Brazil’s Olympic Trials for a vasoconstrictor commonly found in nasal decongestants cost her three-months in suspension and a chance at the Olympics.

Delarolli is the Brazilian National Record holder in the 50 free.

This meet is serving as Brazil’s last qualifying championship for Istanbul, and Thiago Pereira declared that he would use it to decide if he would contend the 400 IM any further. He has wavered on his commitment to the event where he won Olympic silver this summer, saying that he might prefer to focus on the sprint freestyles to see if he can be the missing piece to push the Brazilian free relay onto the podium. He already had easily his qualifying time for Worlds, but skipped the 400 IM here, if that’s any indicator. We’ll await official word when Brazil releases their roster.

The Brazilian women continue to gain momentum, as 18-year old Beatriz Travalon of Pinheiros broke a Championship Record in the 50 breaststroke with a 30.80. She’s now within three-tenths of the National Record in the race (30.50 – Tatiane Sakemi) and this is a big personal-best for her. Joao Gomes broke the men’s Championship Record in the same race with a 26.63: a time that puts him in contention for a first ever World Championship medal (after teammate Felipe Franca de Silva won the 50 in long course last year).

Fabiola Molina is still going strong, despite claims for retirement and to have a child before she’s too old, as she broke a Meet Record in the 50 fly in 26.72. Again, Nicholas Santos matched her with a record of his own in 22.65.