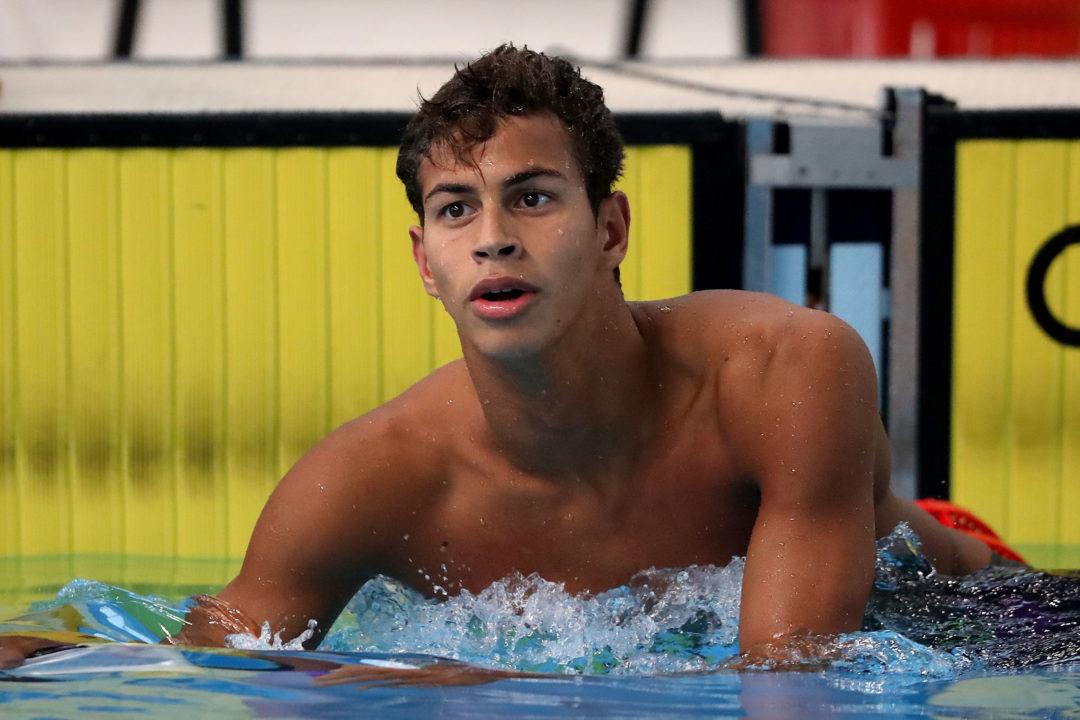 Guilherme Costa broke his own South American Record in the men's 800 freestyle in Rome. Archive photo via Satiro Sodre/SS Press

19-year-old Brazilian Guilherme Costa broke his own South American and Brazilian records in the men’s 800 free at the Sette Colli Trophy in Rome, posting a time of 7:50.92.

Competing in the famous Foro Italico, Costa tailed reigning 1500 Olympic and World Champion Gregorio Paltrinieri of Italy for the majority of the race, losing contact toward the end but still holding strong to drop his previous record of 7:52.54 by 1.62 seconds. The swim bumps him from 8th to 6th in the world rankings for the 2017-18 season, having been that 7:52.54 at the Maria Lenk Trophy in April.

The 19-year-old is also the South American Record holder in the 1500 free, going 14:59.01 in December, and will have a shot at taking that down on Sunday (though swimming the events on back-to-back days is a tall task). He currently ranks 10th in the world in that event.

Costa has seen massive improvement come his way over the last year, having been 15:08.09 in the 1500 free at the World Championships last summer (chopping nearly ten seconds off his previous best). He has qualified for the Brazilian team for the Pan Pacific Championships, which will be in August, and will certainly be one to look out for there and in the lead-up to 2020.

Amazing times. Does he train in the states?