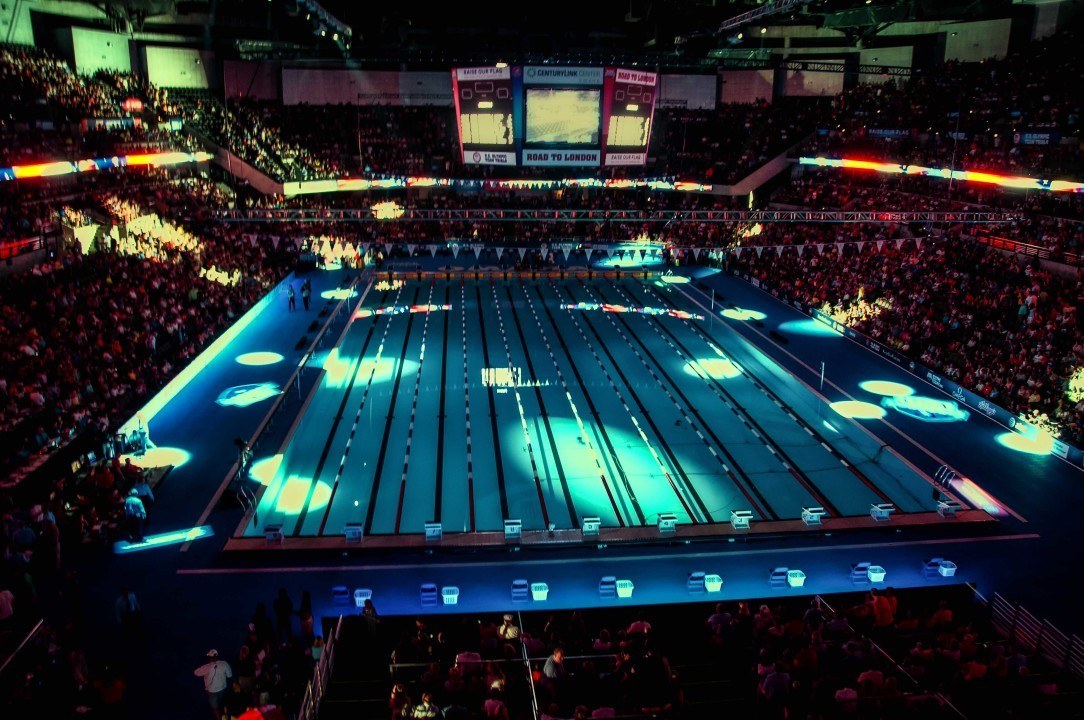 Swimming in the timed finals of the 800-meter freestyle on Day One of NCSA Summer Championship, Katie Grimes, Arabella Sims, and Dylan Becker of Sandpipers of Nevada all qualified for the 2020 United States Olympic Team Trials.

The Las Vegas-based team has built a reputation for developing swimmers who excel in racing at the longer end of event range. In addition to distance freestyle and 400 IM, the Sandpipers have also had success in open water. Erica Sullivan and Brennan Gravley represented the United States this summer on the 2019 FINA Open Water World Championships roster. Becker won the national 5k title at 2019 Junior National Open Water Championships. Sullivan won the girls’ 5k and Gravley was third in the boys’ race in 2018. The previous summer, the Sandpipers had two girls and two boys on the podium: Sullivan (gold), Reece Hazen, Gravley (silver), and Joseph Gutierrez (bronze). U.S. National Teamer Logan Houck, Riley Molina, Nicholas McDowell, and Hailey Houck also came up through the program.

In addition to punching their tickets to Omaha in the 800 free on Tuesday, both Grimes and Sims showed their mastery of the full range of freestyle distances by contributing legs to the Sandpipers’ 13-14 National Age Group Record in the 4×50 free relay. Sims led off in 26.55, taking a full second off her previous best flat-start time of 27.53, and Grimes swam the second leg in 26.91.

That Ron Aitken at Sandpiper is developing more swimmers for the USA than most anyone else. Did he not get put on a USA staff this year? I looked but didn’t see him listed. With two athletes on the Open Water Worlds team you’d think they would have included him to go somewhere. Especially since he looks to be placing athletes all over USA rosters.

USA Swimming is keeping the “old” guys around like coach Rose….to coach at that level. lol They need to get the younger coaches involved!

Don’t forget Bowen Becker (Sprint Freestyle Specialist) and Cody Miller both come up through the ranks!