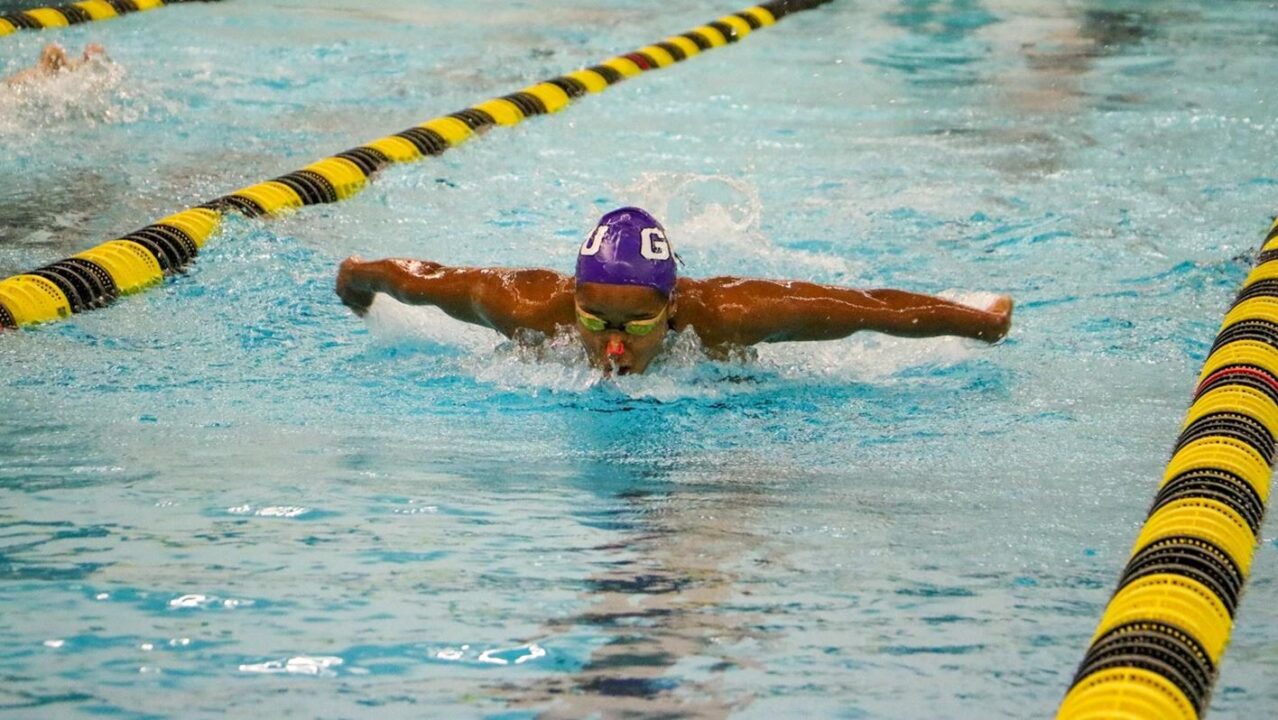 MOSCOW, Idaho — The Grand Canyon women’s swimming and diving team defeated Idaho 171-129 after it swam 14 season-best times, winning 12 of 16 events in the dual meet on Saturday at UI Swim Center.

Relay team A made up of seniors Claire Banic and Emily Muteti, junior Briana Rittenbach and sophomore Raphaela Nakashima won the 200-yard medley relay with a time of one minute 44.84 seconds. GCU’s relay team B set a season-best time of 1:47.09 after taking second place.

Lopes senior Robyn Edwards swam fast in both of her events, earning two new season-best times. She won the 200 backstroke with a time of 2:02.63 and finished second in the 100 backstroke, posting a time of 57.51.

On the springboards, junior Abigail Erickson placed second on the 3-meter board with a total of 294.08 points for a NCAA zone qualifying score. Erickson also placed second in the 1-meter event with a score of 238.95.

“I thought both girls dove very well,” GCU head diving coach Hunter Schafer said. “They had great energy off the boards. The highlight was Abby’s zone score and second place finish off the 3-meter.”

Up next, the Lopes will travel to Oxford, Ohio, on Dec. 2-4 for the Miami Invitational.

MOSCOW, Idaho – The Idaho swimming and diving team fell 171-129 in a dual meet to Grand Canyon on Saturday morning in the UI Swim Center.

“Today we honored our seniors with what Vandals do best,” said Head Coach Mark Sowa. “We gave our best effort, supported each other, and embraced competition. We had our shots and executed in spots, and slipped in others.  But it’s November. What we know is that we will continue to improve. Our divers were great, we were in every race, and we’ll make it interesting in February come WAC.”

The Vandals started hot, winning three of the first five events of the day. Sophomore Emily Mack led things off by winning the 3-meter dive with a score of 303.83, earning the first nine points of the meet for the Silver & Gold.  Senior Allison Shimp, who was honored before the dual along with fellow graduating seniors Natalie Crocker, Cassidy Jones, and Jamie Huerta, earned a fourth-place finish in the event to earn two points for Idaho.

Sophomore Zoe Froh continued her long-distance dominance, winning the 1000-yd freestyle with a time of 10:48.09. Froh was pushed by freshman Amelia Buyers, who finished right on her heels with a time of 10:52.30. Buyers’ shaved nearly five seconds off of her time last week in Seattle, where she also took second. Sophomore Bella Maclean-Cariello (11:08.47) then found a way to outkick GCU’s Emma Willmer (11:08.91) and take third-place by her fingertips, cementing the 1-2-3 finish for the Vandals.

Idaho was also led by sophomore Ani Husaby, who took first in the 100-yd backstroke with a time of 56.90, outswimming two GCU swimmers who finished within a second of her time.
After the fast Vandal start, Grand Canyon found a way to gain control in the swimming events. The Lopes were led by freshman Aleksandra Wegrzynowska, who won the 200 freestyle (1:53.14), 500 freestyle (5:09.40) and the 400 individual medley (4:30.80), all of which were individual season bests.

Mack & Shimp kept the Vandals close by taking first and third, respectively, in the 1-meter dive. Mack scored a 262.28, while Shimp earned a 238.05, good for nine and three points, respectively, for the Vandals.

The Vandals will be competing in the Vandal Invite from December 3rd – 5th at the UI Swim Center in Moscow.  The event is a USA Swimming meet, so no fans will be able to attend.
Following the Vandal Invite, Idaho will have a break from competition until January, when they make the short trek to Pullman in a two-day event with Washington State and Seattle University on January 15th & 16th.