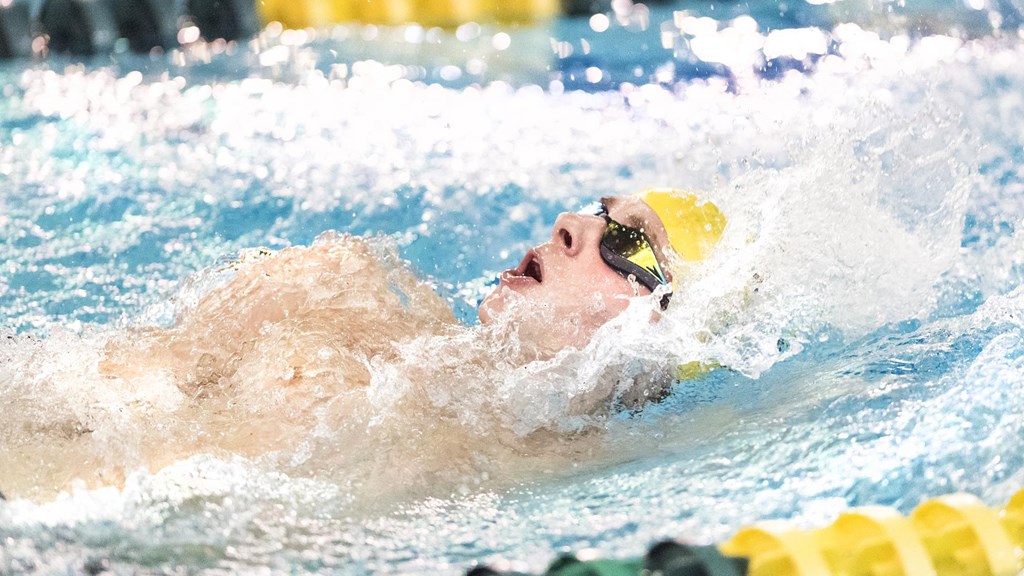 MORGANTOWN, W.Va. – The West Virginia University swimming and diving teams opened the 2019-20 season with the annual Gold-Blue Meet on Saturday, Sept. 28, at the WVU Natatorium.

“There were some very solid swims today,” coach Vic Riggs said. “I was very pleased with the overall effort and commitment to what we have been working on over the past six weeks. With that said, there were some areas that I noticed we will need to improve upon over the next two weeks as we prepare for Penn State.”

Saturday marked the Gold team’s first win since the 2016-17 season, after the Blue team collected two consecutive victories in 2017 and 2018.

Following the relay, the Gold team added another victory in the women’s 600 freestyle, as sophomore Reka Kovacs touched the wall first. Junior Max Gustafson tallied the first win of the day for the Blue team in the men’s 600 free.

The Gold team continued to tally victories throughout the morning, as it would claim six consecutive events to round out the opening set of action in the pool. Gursoy picked up her first win of the day in the women’s 200 free, followed by Dixon’s first win in the men’s 200 free.

Freshmen Emily Haimes and Hunter Armstrong swept the 50 free events, before Kovacs and Dixon added their second victories of the morning in the 200-yard individual medleys.

Meanwhile, on springboard, freshman Holly Darling earned a win for the Gold team in the mixed 1-meter synchronized event.

Back in the pool, Bullock and Dixon added to the Gold team’s lead over the Blue team, as the pair collected a sweep in the women’s and men’s 100 butterfly.

The Mountaineers also split the 300 free, with Gursoy winning for the women’s Gold squad and Gustafson adding a win for the men’s Blue team. The Gold team then claimed a pair of victories in the final individual events of the morning, as freshman Mathilde Kaelbel secured the victory in the women’s 100 breaststroke and Huerta added his first individual win in the men’s 100 breast.

The meet concluded with the mixed 400 free relay, and the Gold team secured its overall victory with a win in the event. Armstrong, O’Shea, Haimes and Gursoy picked up the final win of the day for the Gold team.

The Mountaineers officially open the regular season when they visit Penn State from Oct. 11-12, in University Park, Pennsylvania. The men will compete on Friday, beginning at 5 p.m. ET, while the women will compete on Saturday at 12 p.m. ET, at McCoy Natatorium.