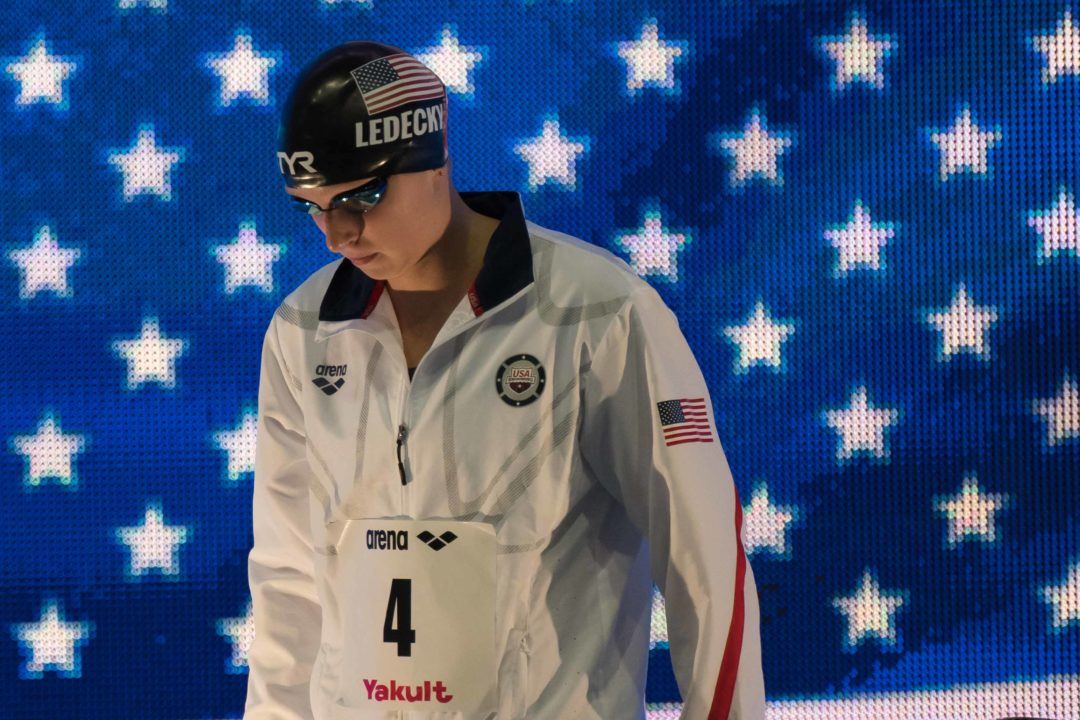 It's happening, people! The first wave of FINA-approved meets have now been officially entered as qualifying competitions for the next edition of the 2020 Summer Olympics. Archive photo via Mike Lewis/Ola Vista Photography

Back in May of 2018, FINA announced the initial qualifying standards for the 2020 Olympic Games in Tokyo, Japan, including the new men’s 800m and women’s 1500m freestyle cuts. But at the time, the calendar of FINA-approved meets had yet to be published. That changed today, when the first wave of FINA-approved meets have now been officially entered as qualifying competitions for the next edition of the 2020 Summer Olympics.

Every National Federation organizing a Continental or Regional competition must apply to FINA for approval prior to the event being held for the results to be considered for Olympic qualification. The qualification period for both individual entries and relays is March 1, 2019 – June 29, 2020.

As in the past, the calendar is divided continentally, then by year, with just one competition listed so far for the calendar year 2020 (Cto. de Espana Open de Primavera P50, April 4-8, 2020, Spain).

Per the just-published calendar, the first competitions that fall within the qualification period beginning March 1st are the Flemish Swimming Open Championships and the Lithuanian Winter Championships, which both begin tomorrow.

Below are just a few highlights within the specific competitions listed thus far: