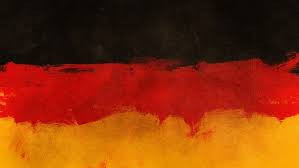 The controversy that had been brewing within the German Swimming Association (DSV) boiled over yesterday as the organization officially released National Sports Director Thomas Kurschilgen.

This included an instance in 2017 when Lurz allegedly invited a swimmer to his hotel room one evening and escalated the situation into sexual assault. SPIEGEL spoke with five of Lurz’s former swimmers, anonymously. One detailed being forced to kiss him at the age of 15. Others provided text messages where he rated their body on a scale from 1 to 10, once writing “today before training you were soooo sexy.” Lurz denies these allegations.

The Spiegel report says that an email a swimmer wrote to Kurschilgen in March 2019 described an alleged sexual assault incident in detail, as well as naming other swimmers who were also harrassed by Lurz. Kurschilgen reportedly did not follow-up on this letter.

Kurschilgen’s release from his post as National Sports Director has yet to be confirmed by the DSV. However, on the homepage of the DSV, athlete representatives Sarah Köhler and Tobias Preuss conveyed the following:

Any form of violence and abuse of power has no place in any social class, in any position or anywhere else in our society or in our association. Especially when dealing with children and minors, such behavior is particularly reprehensible, immoral, unethical and condemned in the strongest possible way. We therefore demand, on behalf of all those involved, a full and independent investigation of any suspicions on the part of the judiciary and the DSV.

At the same time, as the voice of the athlete, we would like to encourage all those who, today or in the past, have felt exposed to violence, abuse of power or the crossing of boundaries to defend themselves. Each and every individual has the right to privacy and it is up to you to talk about it and to stand up for your rights and your protection. You can turn to friends, family or even directly and anonymously to specialized agencies who can give you exactly the help you need. There is a system around you that can protect you directly and also helps you to process and come to terms with the things you have experienced. Silence protects the wrong people!

With your courage you also protect other athletes and help uncover incidents, because cases can only be solved if they and the facts are known. We therefore encourage and ask you to contact the DSV or a neutral advice center, provided you have information or tips that can help clarify a case. The contact person in the DSV is Franka Weber ( [email protected] ) in her role as prevention officer for sexualised violence. The federal government also has a free and anonymous help line, all information can be found here .

Do not be afraid that this could put you at a disadvantage in your career or in whatever form – it is not. As athletes, we have to be role models and we mustn’t give sexual violence a chance in our association!

Or course he knew about the allegations. Everbody who has anything to do with swimming in Germany has always known about them!

True! And it was always the most comfortable way to ignore them!

German swimming is a bit of a cesspool in that way. Much older coaches constantly end up in ‘relationships’ with their much younger (sometimes under 18) swimmers. (The age of consent im Germany is 16, but it’s still wildly unprofessional and unethical).
Former national team coaches like Dirk Lange and Henning Lambertz were no exception.
Wuerzburg in particular has a history of a really disgusting club culture and the fish there certainly stinks from the head. Coach Klaus Rosenkranz got together with his teenage swimmer when he was in his 40s. His successor (and the guy they brought in to take over now) Nikolai Evseev, also in a relationship with his swimmer. Those two were coaches when Thomas’… Read more »

Especially the appointment of Evseev is doubtful and is definetly a step back. He at least has a degree in sports science (SL does not even have the highest coaching licence nor a university degree), but he studied in the Soviet Union which is probably not the best reference for coaching young people in a society we have today……
There is a strange mindset and this shows that there is no real aim for change in the Swimming Federation. It looks as everything is fine as long as nobody has a problem. Now they sacked they guy in charge, who definetly knew, but all others knew as well. Swimmers who wanted to leave the system in Würzburg couldnt due… Read more »

I remember, when I was a member of the NatTeam, there was a physio who traveled with us and was also the coach in Kempten. He trained a really great breaststroke swimmer but turns out he also raped her younger sister back home (12 years old). He went to prison for it of course, but nothing happened within the federation. Nobody ever said anything, we weren’t asked how he behaved towards us, there was no initative to educate swimmers on where to go if they needed to report something. It was just swept under the rug without further comment. His swimmer switched the club and that was it.