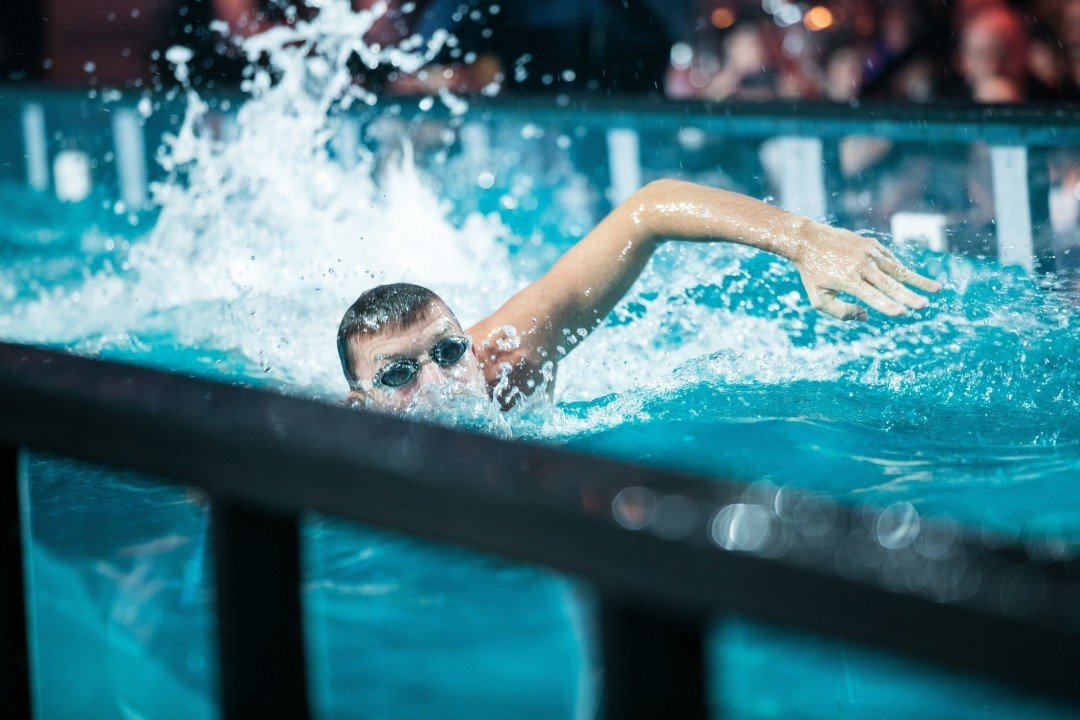 3-time Olympic gold medalist Michael Gross has spoken up in favor of postponing the 2020 Olympics. Archive photo via Deutsche Sporthilfe/Herschelmann

One of the best known German swimmers and Olympic champions, Michael Groß (Gross), directly contacted IOC President Thomas Bach on Facebook today. Groß demanded that the 2020 Summer Games in Tokyo should be postponed until 2021 or 2022 because of the ongoing worldwide Coronovirus crisis.

You and I suffered the 1980 Olympic boycott together. For many of the athletes of our team colleagues the dream of the Olympics had been shattered – irrevocably.

This time it’s all about saving the dream of Olympia for many athletes – by postponing the games to 2021 or 2022. NOW 2020 would be unfair to hold them!

Many athletes cannot train or train badly, qualifications cannot take place in many sports, the global anti-doping system stands still, etc. … This creates unfair conditions. To postpone the games NOW would take the pressure off EVERYONE. At the moment there is something more important than Olympic Games.

Think about it again… 😉”

Even 29 years after the end of his swimming career, Michael Groß is still one of the most famous swimmers in Germany. Groß won a total of six Olympic medals, including gold over 200m freestyle, 100m butterfly (1984, Los Angeles) and 200m butterfly (1988, Seoul). The “Albatross” also set numerous world records. His German record over the 200m butterfly was broken by Ramon Klenz in 2018 and had stood for 32 years.

Groß’s note is a response to an interview published yesterday (2020/03/21) by the German TV and radio station “Südwestdeutscher Rundfunk (SWR)”, in which Bach did not comment on a postponement of the games, but considered a cancellation “the most unfair solution”. Bach said:  “Such a cancellation would be the least fair solution. The cancellation would destroy the Olympic dream of 11,000 athletes from 206 National Olympic Committees and the IOC refugee team. Olympic Games cannot be postponed like a football match next Saturday. This is a very complex business, where they can only act responsibly if they have reliable and clear bases for decision making and we monitor this every day, 24 hours a day”.

Bach’s plea was for more time and patience for the IOC to make the best decision. “We have to concentrate on finding a reliable basis for decision-making.”

In the meantime, more and more head organizations are demanding a postponement of the Olympic Games because of the ongoing corona crisis. At the very least, the organizations demand clarity and an IOC decision so that the pressure is taken off the athletes, coaches, national sports organizations and national Olympic Committees.

I’m gonna make a very deep insightful comment on this subject but first, is that Michael Gross in the pic? Is he swimming in a very large fish tank or what?

Really need answers on this picture

It was -as BOB wrote- at the German annual “Ball des Sports”.in 2016. Here is the SwimSwam report about the special event with the pool https://swimswam.com/swim-legends-gross-van-almsick-swam-relay-german-ball-sports/